Day one of the 2018 BBC Showcase in Liverpool is in the books. With 1000s of hours of content in all genres available to screen, I opted to avoid system overload and went right for the comfort zone and spent the afternoon screening comedy. The brilliant thing was to immediately see a number of familiar faces returning to the telly in new comedies. 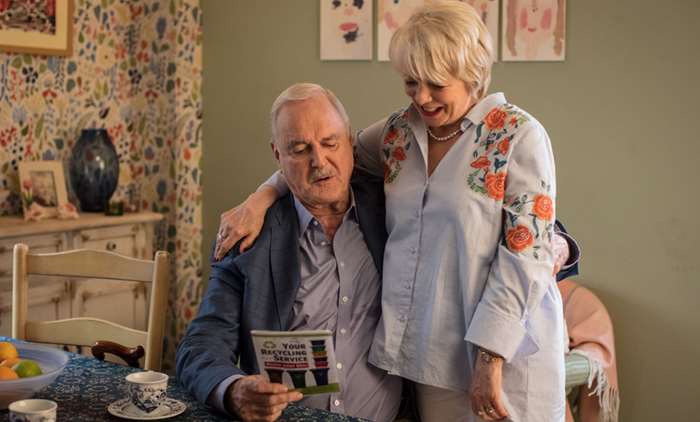 Welcome back, John Cleese! While it’s been 43 years since the comic genius last appeared in a BBC sitcom, his last one, Fawlty Towers, didn’t do too bad for itself given it will forever be recognized as perhaps the best sitcom of all-time. For those expecting to see Basil Fawlty in his sunset years, think again. Hold the Sunset is decidedly toned down from the frenetic pace of Fawlty Towers. The first episode introduces us to Phil (Cleese), a widower whose friendship with Edith (Steadman), a widow who lives across the road, has very quietly developed into something more.

Unfortunately, Edith’s son, Roger (played by Jason Watkins), didn’t get the memo about Phil and Edith’s plans for a quiet retirement filled with sea and sand. He leaves his wife, kids and job, crashes their lives, moves home and quickly becomes 50 going on 12. The interaction between Phil and Roger is priceless to where you see a brief glimpse of Basil Fawlty rise up every so often when Phil realizes how Roger is circumventing his future plans. Series one just began airing on BBC1 with reviews being solid so far. Hopefully, there will be word soon as to the commissioning of a second series. 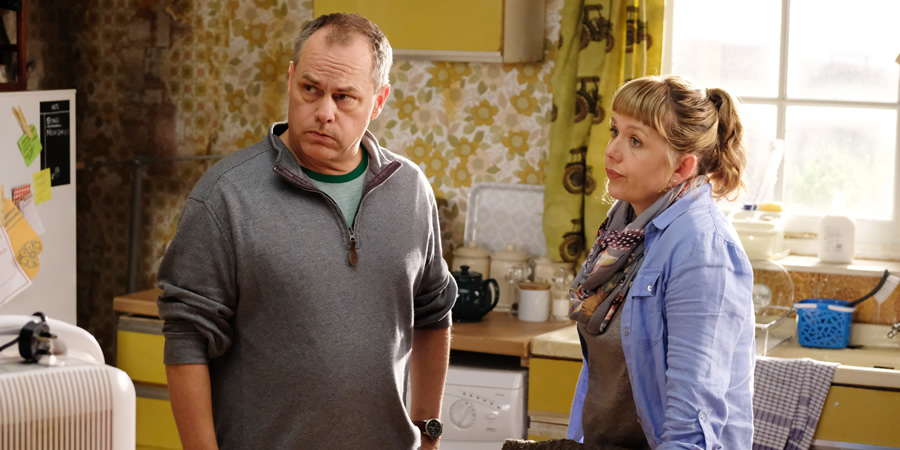 While the allure of the countryside may seem like the motherland to some with its fresh air, fresh eggs and the promise of a fresh start ‘living off the land’, not so much for lifelong townies Steve and Nicky Rawlings, played by Jack Dee (Lead Balloon) and Kerry Godliman (Carter’s Get Rich). It doesn’t take long before the unsuspecting couple realize they have made a terrible mistake as they leave great friends, successful careers and excellence takeaway food behind.

For starters, their ‘dream house’ is in an internet black hole which isn’t a good thing for Steve’s web design business. If that didn’t immediately send the Rawlings’ back to Leeds, they soon learn it comes with a kitchen that is constantly in danger of flooding due to the fact it is situated ‘in a dip’ as most of the town (and Nicky’s Dad) continue to point out on an hourly basis. As is usually the case with most British situation comedies, the supporting cast is brilliant. There’s Grizzo, played brilliantly by Seann Walsh, the rock star who needs the village life to ‘ground’ him. He divides his time filling the quiet countryside by either riding around on a 4-wheeler ATV or having his band rehearse his latest album outdoors. Then there’s next door neighbors, Matt and Meena, who love the countryside and pride themselves on being able to live off the land making their own yogurt, honey and milk…and, they have internet too which sends Steve further into orbit.

Written by Dee and Pete Sinclair, who collaborated on the greatness of Lead Balloon, Bad Move has been commissioned for a second series to appear later this year. Look for this one to hit American public television at some point in the future.

More comedy and drama screening tomorrow so check back….