When current Doctor Who showrunner, Steven Moffat, made the decision to step down following the 2017 Christmas special, longtime fans of the series knew there was a good possibility this would mean some major changes were on the horizon for the longest running science fiction series in history. New showrunner, Broadchurch‘s Chris Chibnall, takes over the reins when the series returns this Autumn and he did not disappoint. Obviously, the biggest change in the 55 year history of the series occurred this past July with the announcement that Jodie Whittaker would become the Thirteenth Doctor, the first female cast as The Doctor. 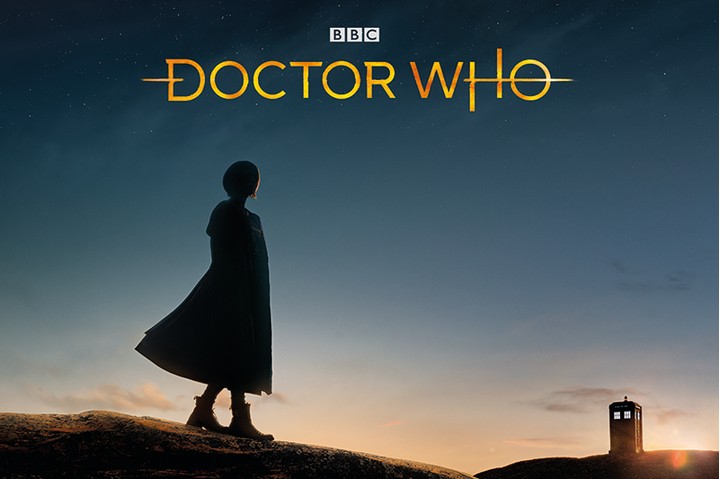 Whittaker will be joined by a trio of new companions when Bradley Walsh, Tosin Cole and Mandip Gill join the new Doctor in the TARDIS. On the other side of the camera, besides Chibnall taking over as series showrunner and head writer, Double Negative will become the new special effects artists and there will be a new music composer as current musical director and composer Murray Gold has made his departure official. Gold has been with the series since 2005 leaving after the 10th series in 2017.

Next up in the long line of changes ahead was the unveiling of the new logo design at last week’s BBC Showcase in Liverpool. Stylized in a brilliant orange gold, the new ‘brand’ is a far cry from anything that has preceded it over the last five decades. Produced by creative agency Little Hawk, the new look has definitely set the Internets hair on fire with endless fan speculation as to what each minute detail means and wondering if it contains ‘secret messages’ hidden inside.

Doctor Who returns to BBC1 this autumn.