It’s now officially ‘official’ in my book. Benedict Cumberbatch can do anything. In the upcoming remake of the 1957 Dr Seuss classic story, The Grinch affords the star of Sherlock and Doctor Strange the opportunity to show his extraordinarily grouchy, unforgivingly heartless and downright mean side. The actor is at his ever-loving grouchiest, most heartless and meanest when he voices the green furry monster and descends on the unsuspecting inhabitants of Whoville this Christmas. 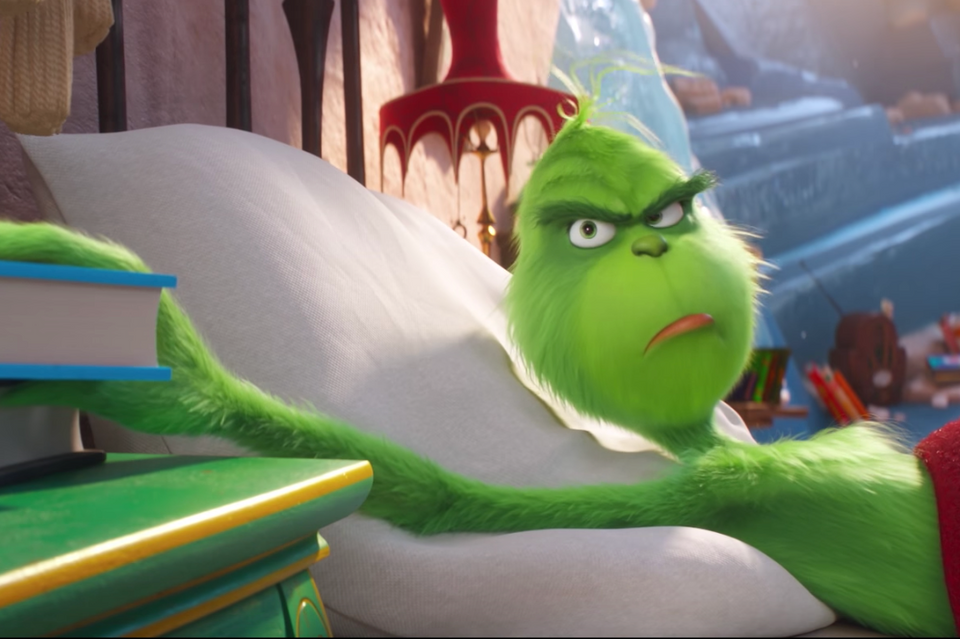 You know the drill. He lives in a cave high above Whoville, has a heart that is ‘two sizes too small’ and has hated Christmas and all it stands for for some 50+ years. The Grinch, who has devised a ‘cunning plan’ that would make even Baldrick jealous, decides to wreak havoc across the snowy town of Whoville with a goal of stealing Christmas by posing as Santa. Following in the footsteps of Jim Carrey and, ultimately, Boris Karloff, Cumberbatch (a.k.a. The Grinch) plan goes awry as “…his heart is changed by a young girl’s generous holiday spirit” and Christmas returns to Whoville.

There are those that will remember the original Boris Karloff version of the Dr. Seuss classic, How the Grinch Stole Christmas, and immediately channel their inner Cindy Lou Who and ask “Why, Santa Claus, why…” when trying to make sense of the need to remake the 1966 Chuck Jones classic. All I can do is remember is witnessing the first time Benedict Cumberbatch followed in the footsteps of Boris Karloff with his brilliant National Theatre performance of Frankenstein and believe that no one can match his performance in this new version, not even with a 39-and-a-half-foot pole.

The Grinch will arrive in UK cinemas and US cinemas simultaneously on November 9.