Aside from being recognized as the world’s foremost theoretical physicist/cosmologist, Stephen Hawking had two of the finest actors on Planet Earth portray him over the years. The first time the scientist was ever played on screen saw Benedict Cumberbatch in the 2004 BBC film Hawking with Eddie Redmayne following a decade later in the 2014 Oscar-winning film, The Theory of Everything. Both actors paid tribute to Hawking recognizing his brilliant mind and his ‘wicked sense of humor’. 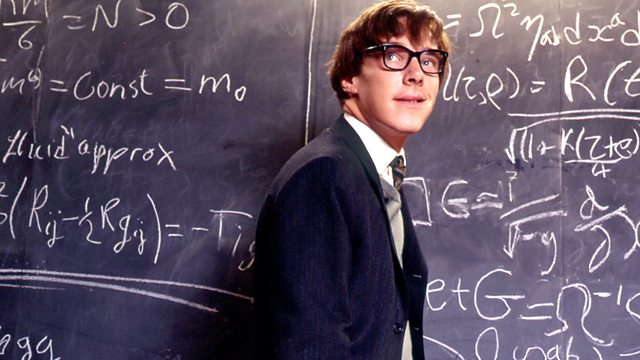 “I feel so lucky to have known such a truly great man whose profundity was found both in his work and the communication of that work,” said Cumberbatch. “Both in person and in books. My heartfelt love and condolences to all his family and colleagues. He virtually created the publishing genre of popular science.

“A heroic feat to bring the wondrous complexities of the universe to all outside of specialists in this field. But truly courageous when considering it was achieved by a man who lived a life trapped in his body from the age of 21 when he was diagnosed with motor neurone disease, Cumberbatch continued. “His support of the sciences, art, education and the NHS and charities such as the MND foundation will also live on as will his wickedly funny sense of humour. I will miss our margaritas but will raise one to the stars to celebrate your life and the light of understanding you shone so brightly on them for the rest of us. You were and are a true inspiration for me and for millions around the world. Thank you.”

Redmayne, who won the Best Actor Oscar for playing the physicist, also paid tribute: “We have lost a truly beautiful mind, an astonishing scientist and the funniest man I have ever had the pleasure to meet. My love and thoughts are with his extraordinary family.”

He also remembered Hawking’s sharp-witted humor in a 2015 interview with The Hollywood Reporter, “I saw him just before he saw the film and said I’m really nervous, but I hope you enjoy the film. Let me know what you think. He took a wee while to type out his response. I literally was crying inside! And then he said in his iconic voice, I will let you know what I think, good or otherwise’.”