As series 2 of Mum comes to an end on 27 March on BBC2, a third series has already been commissioned with a target broadcast of late 2018 in the UK. Fresh from her BAFTA and Oscar nomination for Best Supporting Actress for her role as Daniel Day-Lewis’ sister in Phantom Thread, Lesley Manville is brilliant in Mum. Thankfully, American audiences will soon get a taste of what UK audiences already know as the comedy/drama series is headed to the U.S. via broadcast on American public television stations in 2018. 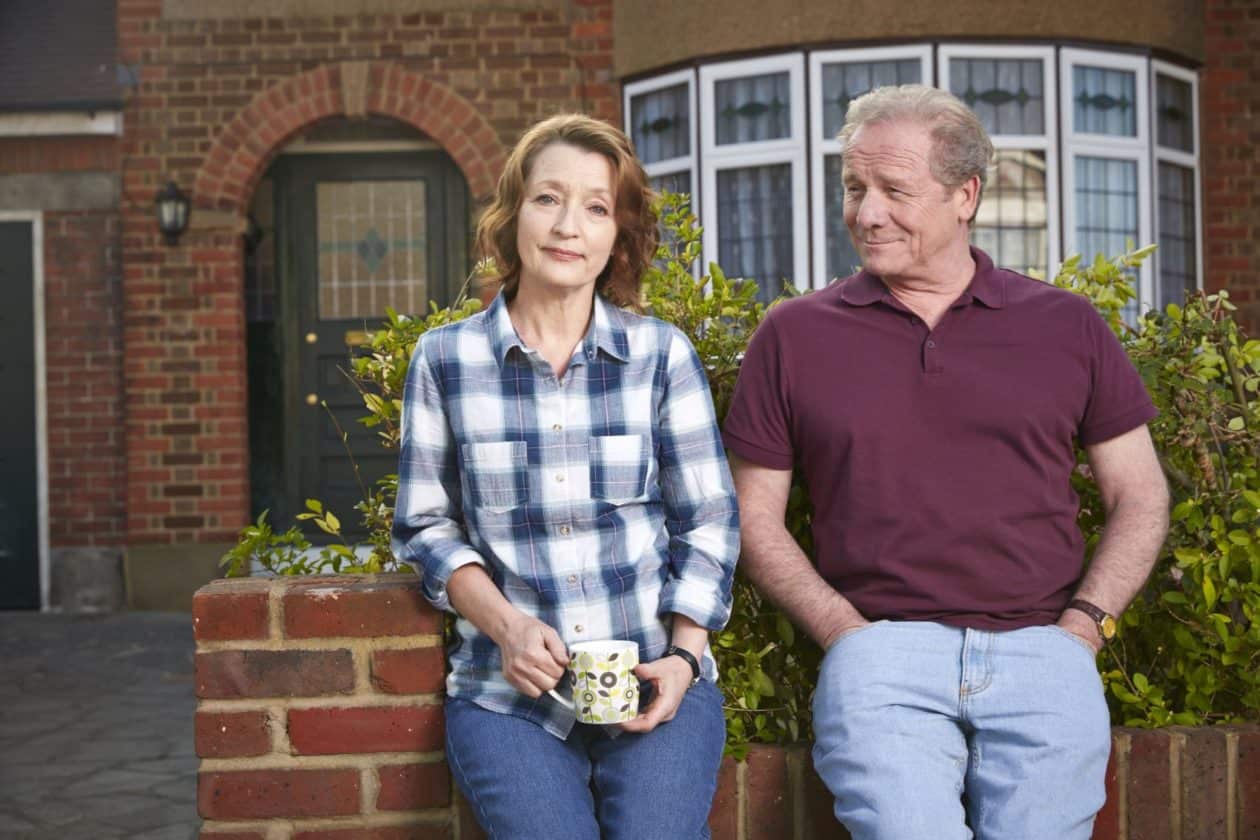 Definitely leading the current trend of series blurring the lines between comedy and drama genres, Mum centers around the recently widowed, suburban 59 year old Cathy (Lesley Manville), following her and her family through a year of new beginnings as she rebuilds her life following the death of her husband. Cathy is joined by her supportive life-long friend Michael (Peter Mullan), son Jason (Sam Swainsbury) and his girlfriend Kelly (Lisa McGrillis), her brother Derek (Ross Boatman) and his new partner, Pauline (Dorothy Atkinson) and…her in-laws.

Starting with the family gathering for the funeral in January and ending on New Year’s Eve, series 1 viewers in the UK saw Cathy and her family go through the major and minor events of the year. The BBC says: “It’s the story of a woman finding who she is again and maybe finding love second time around.”

From the creative team that brought us Him & Her, the series was a sleeper hit at the recent BBC Syndication Showcase where public television programmers make many of their programming acquisition decisions for the coming year. Mum was an instant hit among those seeking to find the next British comedy hit with audiences.

Reminds me a lot of The Cafe. Sweet, funny and well worth the time. Look for Mum on public television stations in 2018.