Game of Thrones and Peaky Blinders star Aidan Gillen stars as comedian Dave Allen in BBC2’s upcoming biopic Dave Allen at Peace. The snappily-dressed Irish comic who died in 2005 was best-known for his 1970s comedy series, Dave Allen at Large, which featured a combination of sketches and Allen’s signature ‘solo joke telling while sitting on a stool with a lit cigarette and glass of whisky routine’ and dealt with a number of social commentary bits that earned him death threats from the IRA and the Provisional IRA along with a de facto ban by Irish state broadcaster, RTE, in 1977. 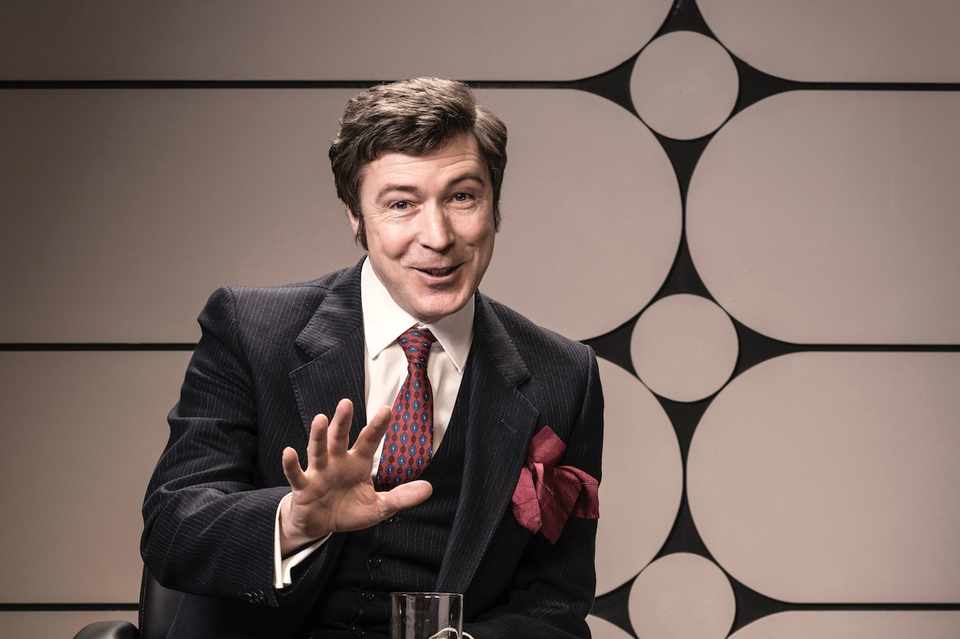 The drama begins with Allen as a young boy in Dublin, and charts key events in his life before becoming one of Ireland’s best loved comics. “No good comes of laughing,” the cruel nuns who taught a young Dave Allen told him. Allen frequently played the pope in a number of comedy sketches and while many of his jokes saw him draw a target on institutional religion, especially Catholic. Though he often joked, “I’m an atheist, thank God“, Allen would consistently mock church customs and rituals rather than beliefs ending each show by raising his glass and quietly toasting his audience with the words “Goodnight, thank you, and may your God go with you.”

With a comedic style that was heavily observational as opposed to gag-driven, I will always remember Dave Allen at Large in the same vein as Monty Python’s Flying Circus, Benny Hill and The Two Ronnies as my introduction to British comedy.
Dave Allen At Peace will air on BBC2 on Monday 2nd April at 9p.
In: Comedy