When Downton Abbey shut the doors in 2016 after six series, the residents of Downton both upstairs and down headed their separate ways to possible fame and fortune in ‘other projects’. No one has made the transition better than Lily James, who starred as Lady Rose in the British mega-period drama classic. Following her days on Downton Abbey, viewers have had a steady diet of James’ work on both the big  and small screen starring in Cinderella, War and Peace, Darkest Hour and let’s not forget, Pride and Prejudice and Zombies. 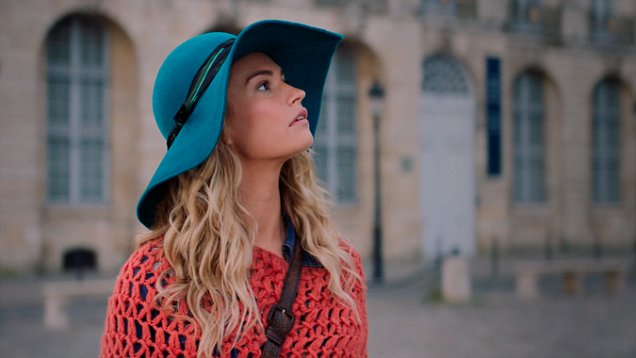 James’ next big screen effort will see her as the ‘young Donna’ in Mamma Mia! Here We Go Again which is set to hit theaters this Summer. The sequel to the original 2008 guilty pleasure blockbuster, Mamma Mia!, which starred Meryl Streep, Pierce Brosnan, Colin Firth, Julie Walters and Christine Baranski, will flash back to the wild youth of Meryl Streep’s character, Donna, as she lives life to its fullest extent on the Greek island of Kalokairi.

Virtually all of the original cast will be reunited including Meryl Streep, Pierce Brosnan, Colin Firth, Stellan Skarsgard, Christine Baranski, Julie Walters with several additions as viewers are bounced back and forth in time watching relationships forged in the past that  still resonate in the present. New additions to the cast include Cher as Donna’s mother, and Andy García as Fernando, presumably based on the character from the ABBA song of the same name.

Mamma Mia! Here We Go Again is scheduled to hit U.S. and UK theaters this Summer.