Benedict Cumberbatch will return to the small screen next month as a narcissistic, schizoid, suicidal alcoholic/drug addict with a distinctive overcoat and, no, it’s not a new episode of Sherlock! Cumberbatch will executive produce and take the lead as Patrick Melrose in the upcoming adaptation of Edward St Aubyn’s classic series of semi-autobiographical Melrose novels, which include the Man Booker Prize-winning “Mother’s Milk”. 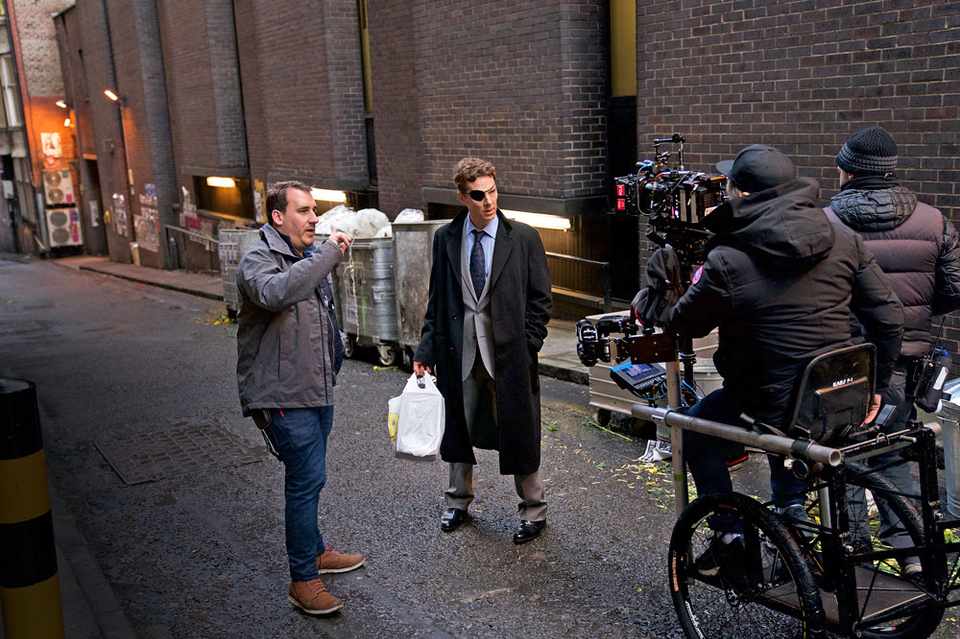 Premiering Saturday, May 12 at 9PM ET/PT n Showtime and Sunday, 13 May on Sky Atlantic, each episode of the five-part series will be based on a different book and will take place over a few intense days in Melrose’s life, from the South of France in the 60s via 80s New York to early-2000s Britain.

The product of a rather ‘interesting’ childhood, Melrose spent his early life with a father with an odd approach to parenting and a mother who approach to parenting was actually no approach at all as she just checked out entirely. Radio Times’ description of Melrose as being someone who has more baggage than Heathrow Airport is spot on.

Adapted by Bafta award nominee David Nicholls, Patrick Melrose will also star Jennifer Jason-Leigh and Hugo Weaving as Melrose’s parents and Anna Madeley as his wife with each episode devoted to one of St Aubyn’s novels covering Melrose’s life from a traumatic childhood to a drug-crazed 24 hours in New York in his 20s to a tentative recovery in midde-age.

Patrick Melrose premieres Saturday, May 12 on Showtime and Sunday, 13 May on Sky Atlantic in the UK.