At long-last, Monty Python’s Eric Idle is writing his autobiography. Always Look on the Bright Side of Life: A Sortabiography is scheduled to be released Tuesday 2nd October 2018 by Weidenfeld & Nicolson in the UK and in the US by Penguin Random House. With  2019 marking the 50th anniversary of The Pythons, Idle will celebrate the occasion with, what is sure to be, an absurdly brilliant memoir filled with behind-the-scenes stories from a life featuring everyone from Princess Leia to Queen Elizabeth. 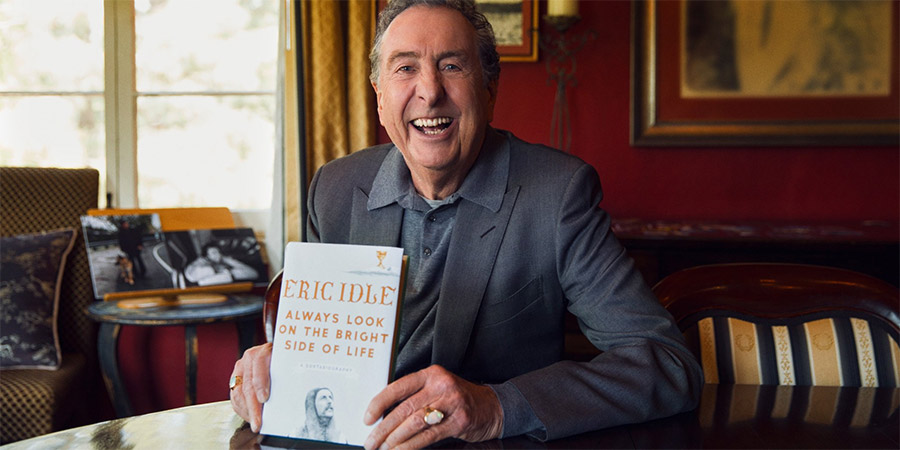 Named after the brilliant song he wrote for Life of Brian, which has the distinction of being the number one song played at UK funerals, Always Look on the Bright Side of Life: A Sortabiography will go beyond the standard ‘life story’ mold of the traditional autobiography and will feature tales from Idle’s life and career in the entertainment business. Idle feels like it’s now ‘time’ to write his memoirs. “We used to be babe magnets. Now we’re fridge magnets,” Idle said in a statement Wednesday. “I thought it was time to tell my tale before I suffer from Hamnesia, which is what happens to elderly actors.”

According to the publisher, the memoir will take us on a journey from childhood to a career in comedy, television, theater, and film. Coming of age as a writer and comedian during the Sixties and Seventies and as one of the founding members of Monty Python, Idle stumbled into the crossroads of the cultural revolution and found himself rubbing shoulders with the likes of George Harrison, David Bowie and Robin Williams, all of whom became lifelong friends. With anecdotes sprinkled throughout that involve other close friends and luminaries such as Mick Jagger, Steve Martin, Paul Simon and Mike Nichols – and the other Pythons themselves – Idle captures a time of tremendous creative output with equal hilarity and heart.

A book tour of the UK is planned to coincide with publication in October 2018 with, hopefully, a U.S. tour not far behind. If you can’t wait until October, you can pre-order Always Look on the Bright Side of Life: A Sortabiography here from Penguin Random House and be the first on your block to secure some Idle literary greatness.