With series 7 of Call the Midwife coming to an end this past Sunday on PBS, most fans of the series are still in denial that the series will not return in America until Spring 2019 with series 8 moving the residents of Nonnatus House into the mid-60s. While separation anxiety is beginning to set in, a big ‘top of the hat’ to the great folks over at Huffington UK for trying their best to minimize the damage before it gets out of hand by paying a visit to Chatham where the series is filmed to bring us 17 secrets from the popular British drama series. 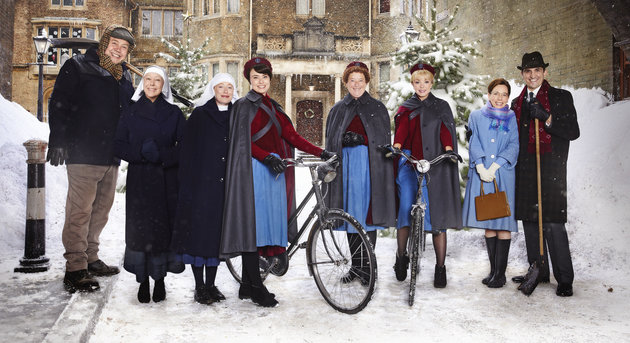 1. Most of the show’s exterior shots are filmed at the Historic Dockyard in Chatham, Kent, roughly 31 miles from Poplar, the area of East London where the show is set.

2. The cast travel between there and Longcross in Surrey, where the interior sets live. Longcross studios has previously hosted the ‘Emmerdale’ cast, for stunt scenes, and it was also the home of the Millennium Falcon, while ‘Star Wars: A Force Awakens’ was being filmed.

3. One of the only ‘Call The Midwife’ exterior sets that isn’t a permanent fixture at the Dockyard is Nonnatus House. For this, the team use an old Officers’ Base at Longcross.

4. The pantry at Nonnatus House is full of both real, vintage food packaging and fake props created by the art department.

5. HMS Cavalier is the unsung hero of the ‘Call The Midwife’ cast as the ship has played many parts in the show’s seven season run. In series five, it was the Russian boat that Sister Mary Cynthia’s attacker was apprehended on. In series six, it featured in the FGM storyline, as two characters boarded the ship to travel to Somaliland.

6. Set designers spare the cast from having to smell raw fish in dockyard scenes by using rubber ones, with crystallised washing soda being used as ice.

7. Anyone filming at the Dockyard has to completely clean up when they’re finished, leaving all of the streets and buildings as they were when they arrived. Well, everyone apart from Neal Street Productions. The company got special permission to make some changes to the area, and fake doorways – made from plywood and paint – have remained on location.

8. One of the Dockyard’s roads has been renamed “Chummy’s Hill”, as it’s where Miranda Hart’s character learnt to ride a bike.

9. Nurse Barbara’s wedding gown was based on the one Dame Judi Dench wore to marry Michael Williams.

10. The roads on set have patches of tarmac, which need to be covered for filming. In order to make it look like pavement from the 1960s, the crew use gravel to block out the bigger spots. They then spray it with water so that if it rains, continuity won’t be affected.

11. Ropes for the washing lines that stretch across the on-screen Poplar streets are made on set, at the Dockyard’s Ropery.

12. When the Ropery itself featured in one episode, the real-life workers were extras, swapping their modern day kit for 1950s costumes.

13. Prosthetics are used for the birth scenes and the umbilical cords seen on screen are created with medical grade silicone.

14. Remember the boxing gym scenes in the first episode of season six? They were filmed in the same room that Jenny Lee’s boyfriend Alec suffered his fatal fall, back in 2014. The Old Yarn Store was also the setting for the Chinese laundry that featured later in series six.

15. Filming Christmas episodes in July means the crew have to get creative to depict cold weather. The snow piles featured in the 2017 festive special were made from polystyrene and chicken wire, with a thin layer of artificial snow sprayed on top. 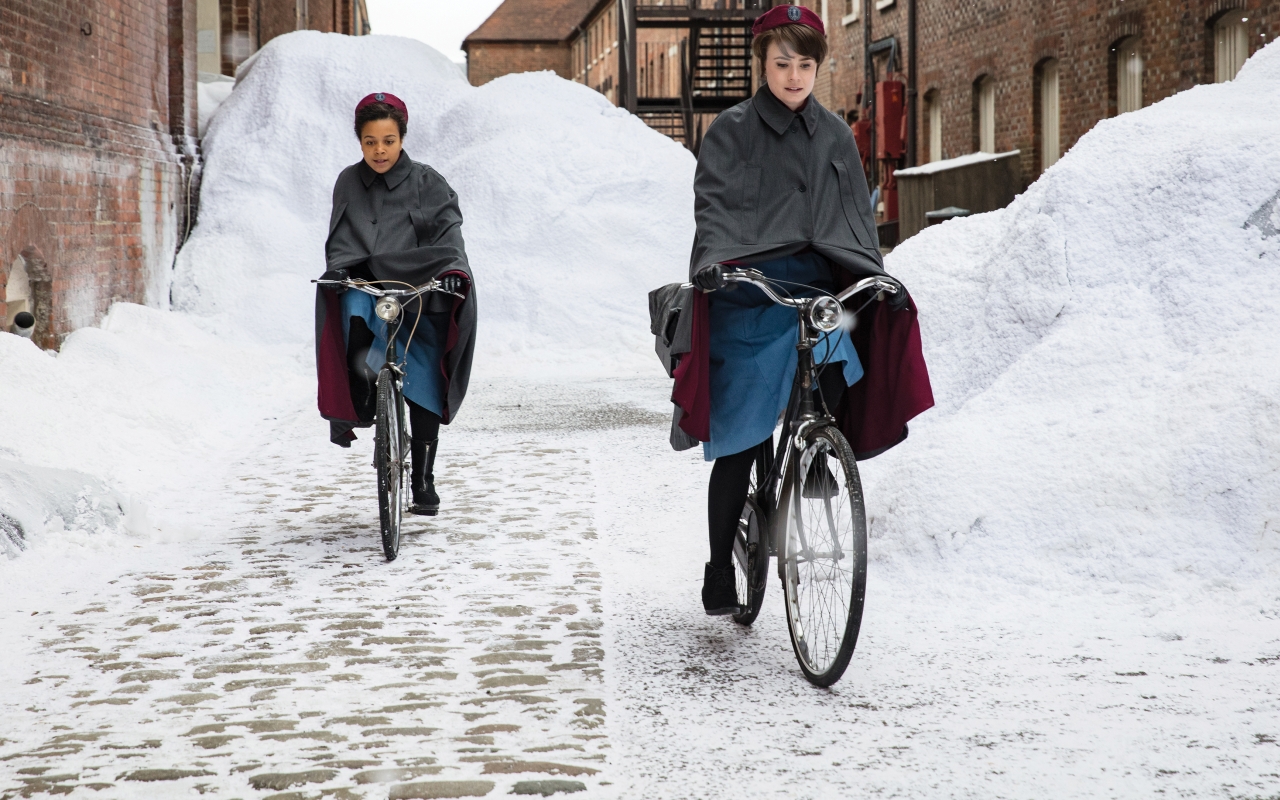 16. A previous attempt at creating a snow scene did not go too well. Earlier in the show’s run, white paper was used to cover one area in “snow”. When it came to removing it, the crew realised they had effectively attached papier-mâché to a huge section of the set. Shifting it required a jet washer and the muddy sludge then went into the drains… and completely blocked them.

17. Period cars featured in the show come from a variety of sources. A company specialising in providing them has a database of who in the UK owns which vintage models. They then contact the owners, as and when TV companies would like to use the vehicles.

Call the Midwife S8 returns to PBS in Spring 2019.