While most of America knows Dame Angela Lansbury as Jessica Fletcher, the Cabot Cove, Maine mystery writer/amateur detective in Murder She Wrote, it’s her performance in the forthcoming PBS Masterpiece adaptation of Little Women that will introduce a whole new generation to the brilliance of the theatre, television and film legend with her portrayal of the formidable matriarch Aunt March. Lansbury politely describes her character as ‘crusty as all get out’. 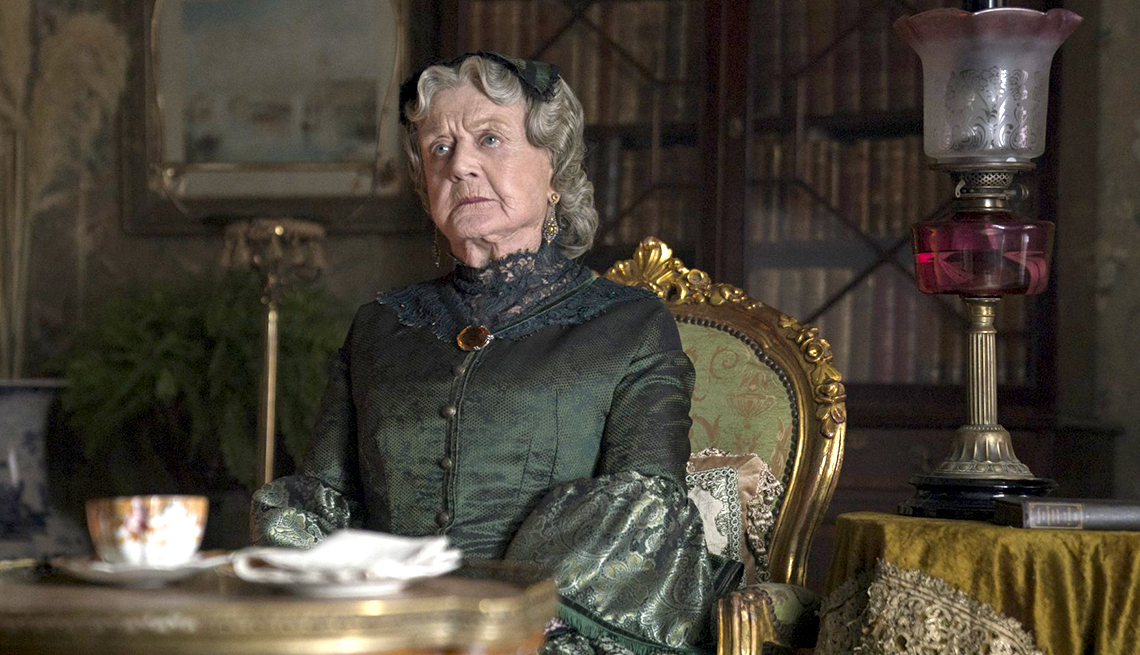 Written by Heidi Thomas, creator/writer and showrunner of Call the Midwife, Little Women tells a tale of young women coming-of-age in Civil War-era Massachusetts and marks Lansbury’s first television role since 2005 when she guest-starred in episodes of Law & Order: SVU and Law & Order: Trial by Jury.

Long-time fans (including me) of the Regents Park, London born actress will immediately point to three film roles that have defined her greatness. At the tender age of 17, her first film role in 1944 was alongside Ingrid Bergman in Alfred Hitchcock’s Gaslight where she received an Academy Award nomination for Best Supporting Actress. Lansbury’s young age caused a bit of a complication during filming as they had to wait until she turned 18 to film scenes in which she smoked.

A year later, in 1945, she received a second Oscar nomination for her role as singer Sybil Vane in The Picture of Dorian Gray. But it was her role as the ultra-evil Mrs. Eleanor Iselin in The Manchurian Candidate where she received her 3rd Oscar nomination for Best Supporting Actress that showed the depth of her acting talents and is widely recognized as one of her finest performances.

In a career that has spanned over seven decades, Lansbury has received 18 Emmy nominations without a win. Let’s hope that with Little Women, the 19th time will be the charm.

Little Women on Masterpiece premieres Sunday, May 13 at 8pm ET/7pm CT on PBS.