In 2010, Alan Partridge pushed the boundaries of broadcasting and shunned what he believed to be the dated concept of television. He returned to his radio roots as a disc jockey on North Norfolk Digital radio’s 4th best time slot with his online, web-based series, Mid Morning Matters. 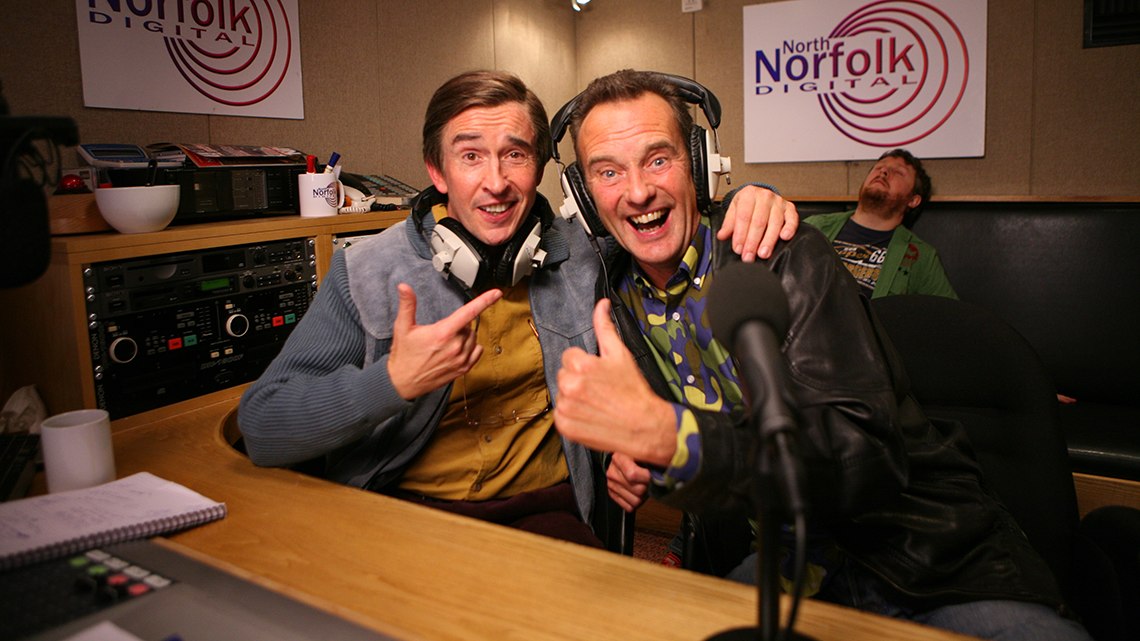 Hailed and vilified at the same time for this daring move, Partridge returns to live television later this year for the first time since his ’90s chat show Knowing Me, Knowing You was cut short prematurely when he was dismissed from the BBC for accidentally shooting  guest and for punching a BBC commissioning editor. It didn’t help his case that his programs were also deemed to be of a low standard thus delivering ever-declining ratings.

In This Time with Alan Partridge, Partridge’s career is given a lifeline with an “unexpected and undeserved chance” with the opportunity to stand in (temporarily) as co-host on a weekday evening magazine show called This Time, a mix of consumer affairs, current affairs, viewer interaction, highbrow interview and lightweight froth. The broadcasting heavyweight will be joined by Sidekick Simon (Tim Key) once again, as well as co-presenter Jennie Gresham (Susannah Fielding) with Felicity Montagu back as Lynn.

Filming for the 6-episode This Time with Alan Partridge has wrapped and will air on BBC1 later this year. Let’s hope.