Charged with bearing the heavy burden of being  “the real final episode of Father Ted”, co-creator/writer Graham Linehan (Black Books, The IT Crowd) announced earlier this week via Twitter that the brilliant British comedy, which sported an almost exclusively all-Irish cast, will return in musical form with Ted making the move from the fictional Craggy Island to his new role as Pope in the Vatican. Pope Ted: The Father Ted Musical will center around “the least qualified man in the world becoming Pope” with both co-creator/writer Arthur Mathews and Neil Hannon, who wrote the show’s theme tune and original music, involved in the project. Hannon previously worked with the Father Ted co-creator/writer to create the score for another Linehan bit of greatness, The IT Crowd. 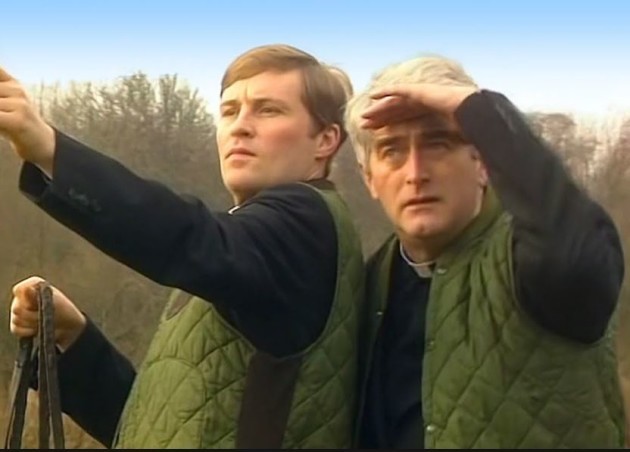 Father Ted ran for three series (1995-98) chronicling the daily exploits on the remote Craggy Island of Irish parish priest Father Ted Crilly (Dermot Morgan) along with the loveable Father Dougal McGuire (Ardal O’Hanlon), the foul-mouthed drunk Father Jack Hackett (Frank Kelly) and tea-obsessed Mrs Doyle (Pauline McLynn). While there was never a plan to produce a fourth season of the genius sitcom, the fate of the series was sealed when Dermot Morgan suffered a fatal heart attack on 28th February 1998, just 24 hours after filming the sitcom’s final episode. Kelly died on the same date in 2016.

No date as of yet as to when we’ll see Pope Ted: The Father Ted Musical or who will play Ted but let’s hope that Linehan can find a way to get Ireland’s Eurovision entry, My Lovely Horse (also written and sung by Hannon), into the mix.