Dad’s Army, the BBC comedy that centered on the exploits of a dysfunctional unit of the Home Guard during World War II, turns 50 next month. The Home Guard was made up of men ineligible for military service, largely because they were considered too old, hence the name “Dad’s Army”, who were to act as a secondary defense force in the event of a German invasion. 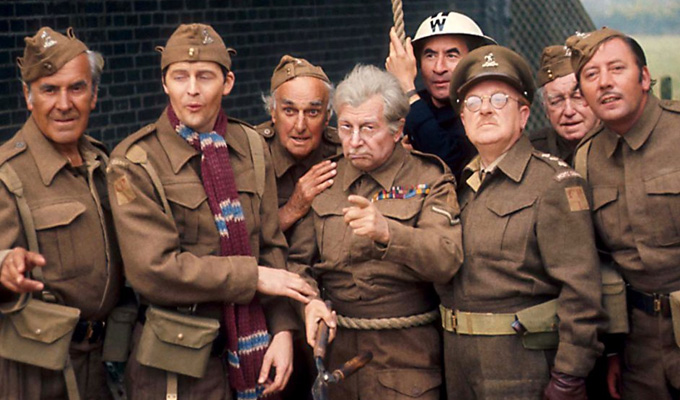 Oddly, it’s wasn’t the fact that the much-loved British comedy institution attracted over 18 million viewers a week during its run from 1968-1977 that had a number of British knickers in a twist earlier this week. As stamps are serious business in Britain, it was the Royal Mail’s forthcoming release of the commemorative stamp marking the show’s 5oth anniversary that set the Twittersphere’s hair on fire. 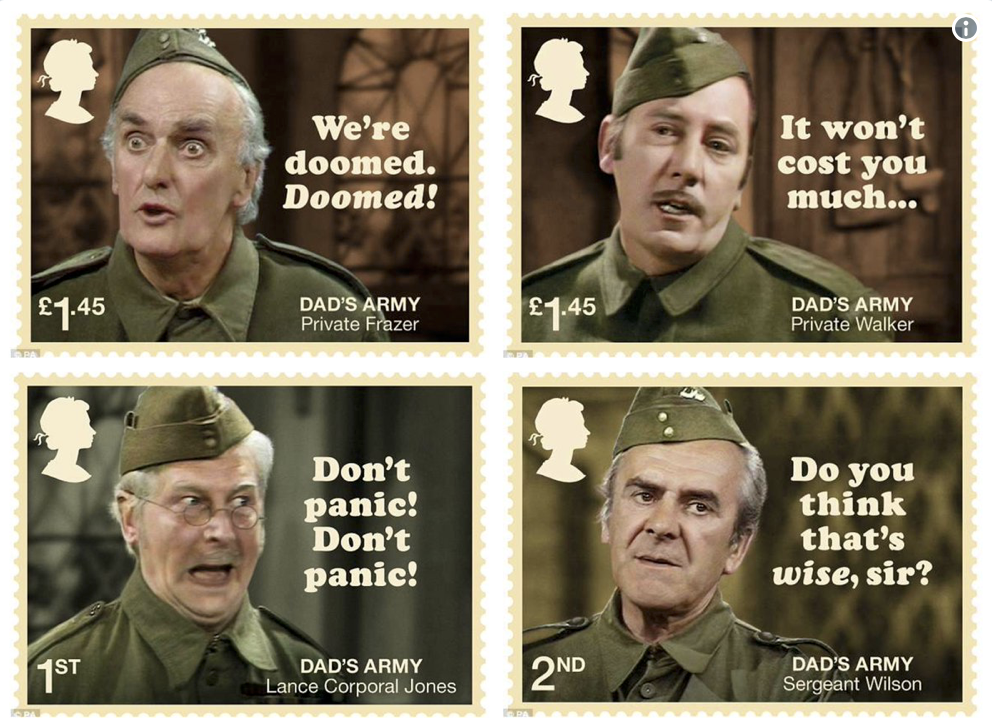 It didn’t take long for conspiracy theorists to forge a connection between the 50th anniversary Dad’s Army stamps and Brexit Britain with ‘Remainers’ emphasizing the relevance of the messages on the new stamps. Of course, it didn’t hurt the viral spread of the mythical connection that the postage stamps were announced on Tuesday, the first day that British MPs voted on the highly contentious EU Withdrawal Bill, which has been dominating newspaper front pages in the UK.

It also didn’t hurt the viral spread that efforts to release a series of stamps celebrating the March 29, 2019 arrival of what Brexiters are calling “Liberation Day” have stalled. The Royal Mail has said it will not be producing a stamp to mark the UK’s departure from the European Union, which has annoyed ‘Leavers’ as a stamp was produced in 1973 to Britain joining the European Economic Community (ECC).

Who knew that Britain would be reliving Dad’s Army some 50 years after the comedy premiered in 1968.