Late, Late Show host, James Corden, and Sir Paul McCartney spent the day recently tooling around Liverpool exploring the city of Paul’s youth. From the barbershop on Penny Lane to visiting his childhood home where he wrote music with John Lennon, they ended the day by going back to one of the local pubs where they played in the early days of the Fab Four. 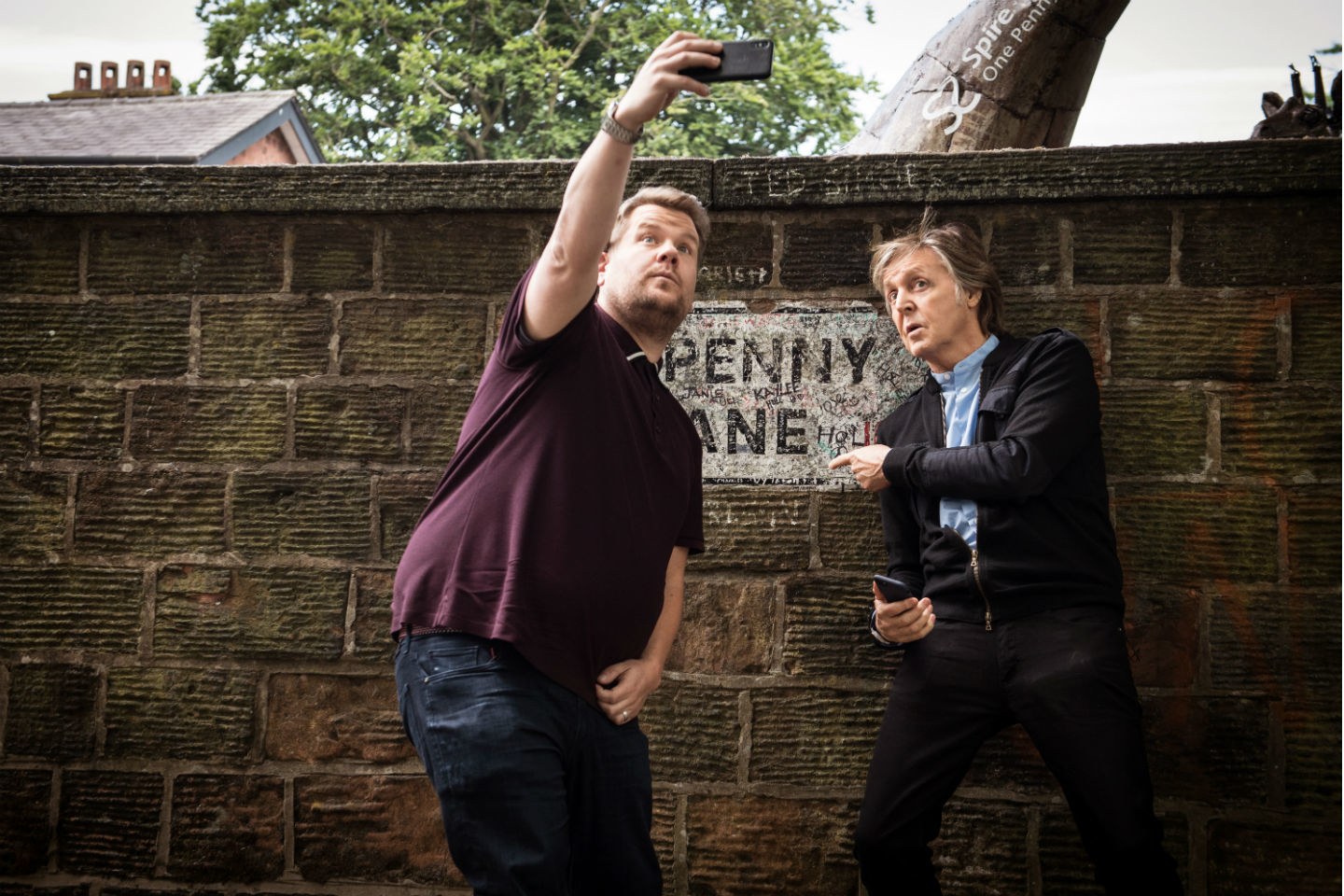 Having had the great good fortune to have had more than a few pints over the years at the Philharmonic Pub in Liverpool while attending the BBC Showcase, this makes me want to hang out there every night on the oft chance that lightning will strike twice in the same place. The room Sir Paul is in, as you will see, doesn’t seat very many but as the myth grows there will be thousands that say they were in attendance that night. In reality, I’m guessing when the first chord rang out on “A Hard Day’s Night” there couldn’t have bee 25 people in the room. Without question, this will be the best 23 minutes of video you will watch in years.