Moments after South Korea defeated Germany, 2-0, sending the defending World Cup champions packing, thoughts of the brilliant Philosopher Football sketch danced in my head. Why, you may ask? Well, Wednesday’s World Cup abrupt 2018 departure was an immediate reminder of another devastating loss for Germany some years back. Leave it to the genius minds of Monty Python to shed some light on Germany’s bitter defeat at the hands of Greece.

This one was probably not a shocking given that Greece had Plato in goal with Socrates and Archimedes teaming up on the perfect give and go for the winning goal. Despite protests from Karl Marx who correctly claimed it was offside, Confucius ruled it a good goal and, alas, it was not to be. 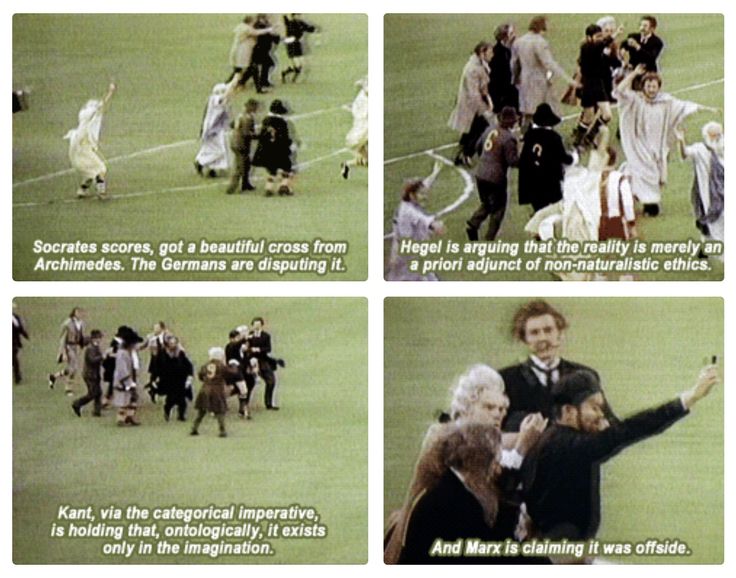 Battling through what seemed to be a quite valid argument surrounding the winning goal by Socrates, Michael Palin was brilliant showing just enough emotion for the victorious Greeks while adding a bit of validity to the Germans as they question the non-call of offsides. Debate amongst yourselves.

The call from Michael Palin…“Socrates has scored! The Greeks are going mad! Socrates scores, got a beautiful cross from Archimedes. The Germans are disputing it. Hegel is arguing that the reality is merely an a priori adjunct of non-naturalistic ethics, Kant, via the categorical imperative, is holding that ontologically it exists only in the imagination, and Marx is claiming it was offside.“

Watching the 2018 German team suffer their earliest exit from the World Cup in 80 years, one can’t help but think of what might have been had the likes of Nietzsche or Karl Marx been available to play in 2018.