When footage of Jodie Whitaker’s debut as the Thirteenth Doctor surfaced on the Internet last week, the first thing that came to mind were those periodic elementary school ‘duck and cover’ drills from the 60s where kids would hide under their desks attempting to shield themselves from the effects of a possible nuclear explosion. You could almost see the mushroom cloud appearing over the BBC Television Centre complex as footage from Jodie Whittaker’s debut scenes as the Doctor found its way online last Monday (June 25), well ahead of its premiere this Autumn. 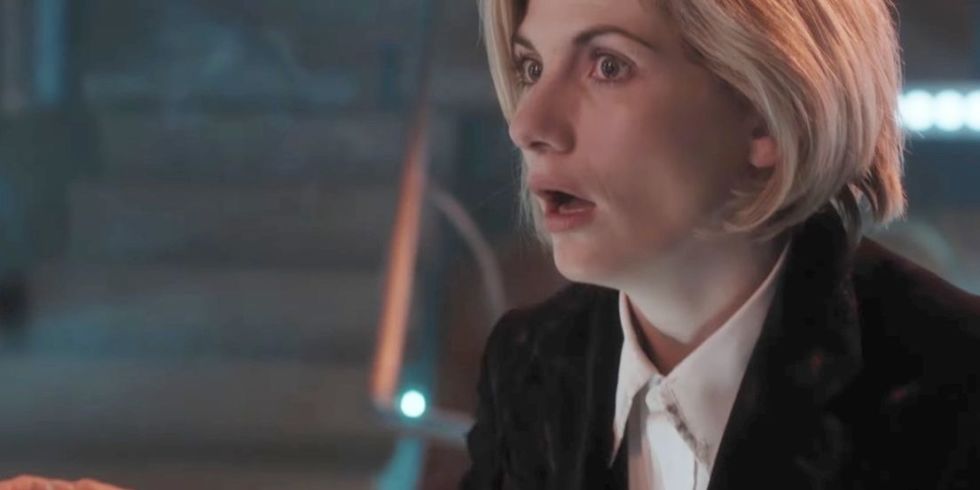 In a statement, a spokesperson for BBC Studios told Digital Spy that they are taking “…the theft and illegal distribution” of the content “…extremely seriously“. We will strive to protect our program-makers, audiences and licence fee payers from any breaches of security – ensuring Doctor Who fans enjoy the final and fully completed version of the episode when it premieres,” the statement read. It appears that the BBC is serious enough about their feelings that they are going to court over last week’s Doctor Who leak, requesting Californian officials to issue a subpoena to mobile internet forum site, Tapatalk, to appear in court.

While it’s believed that the footage is from an unfinished rough-cut, Digital Spy also reports that there is an open investigation whereby the BBC is pursuing all avenues to determine where the leak came from, all in order to protect the final product for fans.

Although Doctor Who fans worldwide caught their first glimpse of Whitaker’s debut in the regeneration scene of the final Peter Capaldi episode, the BBC has, rightfully so, been notoriously clear with series like Doctor Who and Sherlock that leaks are frowned upon to where even storylines are not to be divulged in order to protect the sanctity of the franchise. It was much the same for Sir Julian Fellowes and Downton Abbey where cast and crew were strictly forbidden from even taking pictures on the set for fear of given any plotlines away.

We may all like the opportunity to see early footage of our favorite series or some random fan-shot video from a production but I would say you might want to think twice about posting on the Internet for all the world to see.

Season 11 of Doctor Who will air on BBC One and BBC America in Autumn 2018.