Capping off a banner roller coaster year in British politics in 2017, ABC Australia borrowed a bit from, arguably, the best comedy film of all-time, incorporating many of the Prime Minister’s most stirring soundbites from last June’s general election in which she deemed Britain was in dire need of certainty, stability and strong leadership following the EU referendum. 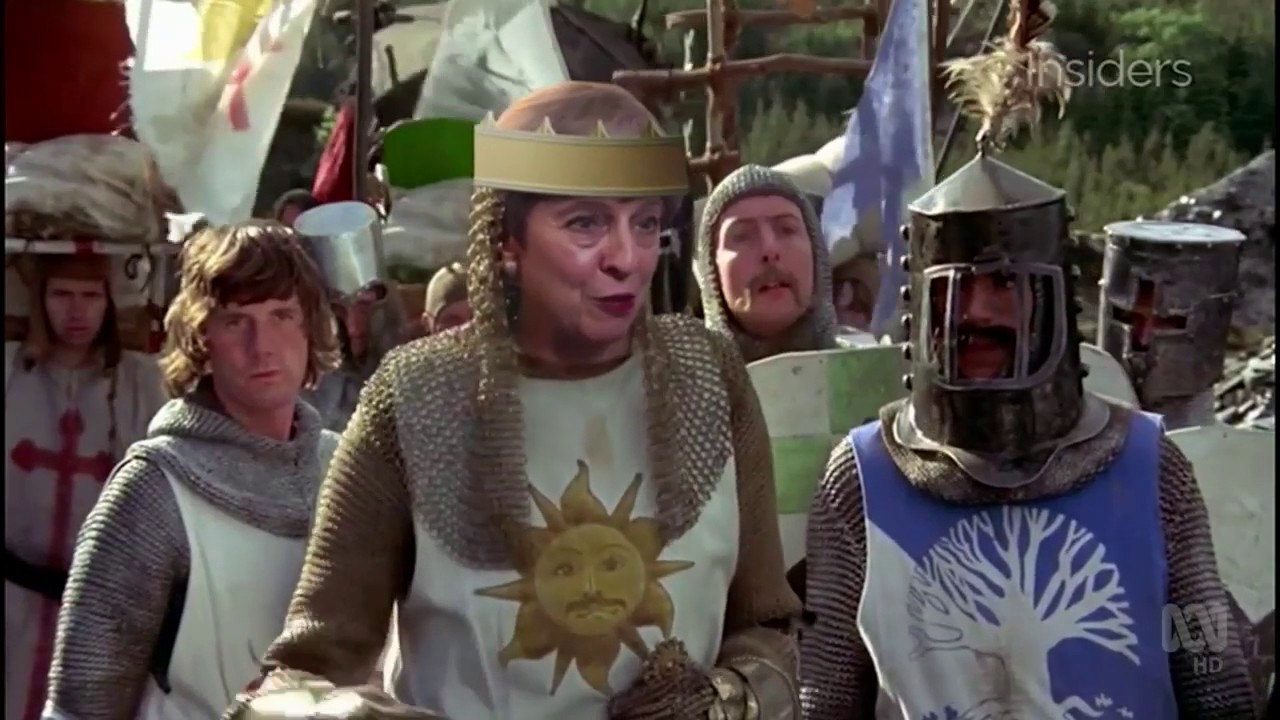 Theresa May and the Holy Grail is simply election satire at its finest and comes from the mind palace of Huw Parkinson, aka @rabbitandcoffee, for InsidersABC. “Having lost her majority, and with complicated Brexit negotiations and fields of wheat on her doorstep, Theresa May is determined to “get on with the job of government” (and to seek the Holy Grail)”, said Parkinson. The brilliant video has everything, including the recently departed Boris Johnson as a dragon with “a vicious streak a mile wide” and the Cabinet reimagined as the dancing Knights of the Round Table.

Then there’s unspoken comparison between Jeremy Corbyn and the Black Knight, most likely fueled by David Cameron’s 2016 real-life comparison of the Leader of the Labour Party to the limbless defender of the forest due to his continued tenacity following a series of political ‘flesh wounds’.

Fast forward to just over a year later, Brexit negotiations are still on-going and this brilliant mash-up is a testament to the notion that ‘art imitates life’ or maybe it’s ‘life imitates art’. Cheers.