Having been granted ‘unprecedented access’ to a country that a majority of the world knows very little about, noted travel presenter and original Monty Python member, Michael Palin, heads to North Korea for his next adventure, to be aired on Channel 5 in the UK later this year. Following two years of planning and complex negotiations, Palin’s visit coincided with the historic meeting this past April between North Korean dictator Kim Jong-Un and President Moon of South Korea. 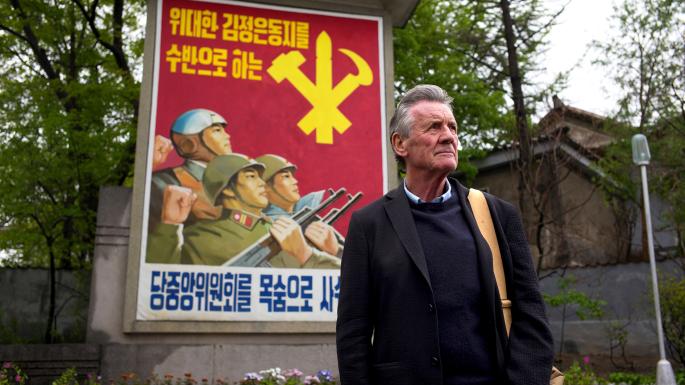 “To visit North Korea was an opportunity I couldn’t turn down,” said Palin. “For somewhere that is so often in the forefront of the news, it remains a complete mystery to most of us. That we were able to travel across the country and get some sense of everyday life was enormously exciting. The visit was an eye-opener for me, and I’m sure it will be the same for others. In all my travels around the world I have never had the same sense of fascination and revelation as on this journey to North Korea.” Palin added that his journey to North Korea was ‘unlike anything he had previously experienced’. That says a lot coming from someone that has traveled the globe to some of the most remote areas of the Earth in his years following Monty Python’s Flying Circus.

Often described as ‘the nicest man in comedy’, Palin, who celebrated his 75th birthday while filming the series, covered more than 1,300 miles of the secretive country for the documentary, discovering the realities of everyday life for the North Korean population, from the capital Pyongyang to the snowy peaks of Mount Paektu.

With a working title of Michael Palin in North Korea, the Channel 5 documentary will air later in 2018. No U.S. broadcast as of yet.