In the overall British comedy landscape, The Benny Hill Show had more than its share of slapstick, mime and double entendre during its brilliant run from the mid-50s up until the British sketch comedy series was cancelled in the late 80s. A steady decline in ratings and what was, at the time, a very high production cost of approximately £450,000 per episode led to the decision to cancel production by then Thames Head of Light Entertainment, John Howard Davies.

While a majority of the sketches were filled with cheeky jokes and bikini-clad women and were a staple of the show that aired on a number of public television stations in the 70s and 80s, part of the brilliance of Benny Hill was his spot-on parodies of American celebrities. In one particular memorable sketch, Hill parodied a number of 1970s American TV detectives such as Ironside, Barnaby Jones, Kojak, McCloud and Cannon, who were all trying to solve the Murder on the Oregon Express before Hercule Poirot.

But it was his impersonations of British musical acts that many will remember. Sadly, while the like of The Beatles, Rolling Stones, The Animals, Herman’s Hermits, the Dave Clark 5, The Kinks, Gerry and the Pacemakers and The Yardbirds were taking America by storm, ‘The Strolling Ones’ never made it as part of the ‘British invasion’. Here, singing “Rose” as Mick Jagger, Benny is also the drummer, the guitar player, the rest of the band, a man in the audience and a screaming girl. Is it just me or does he do a brilliant Mick Jagger AND Brian Jones….

Imagine my surprise one Autumn afternoon out walking and running across this on wall outside a flat in Queens Gate…. 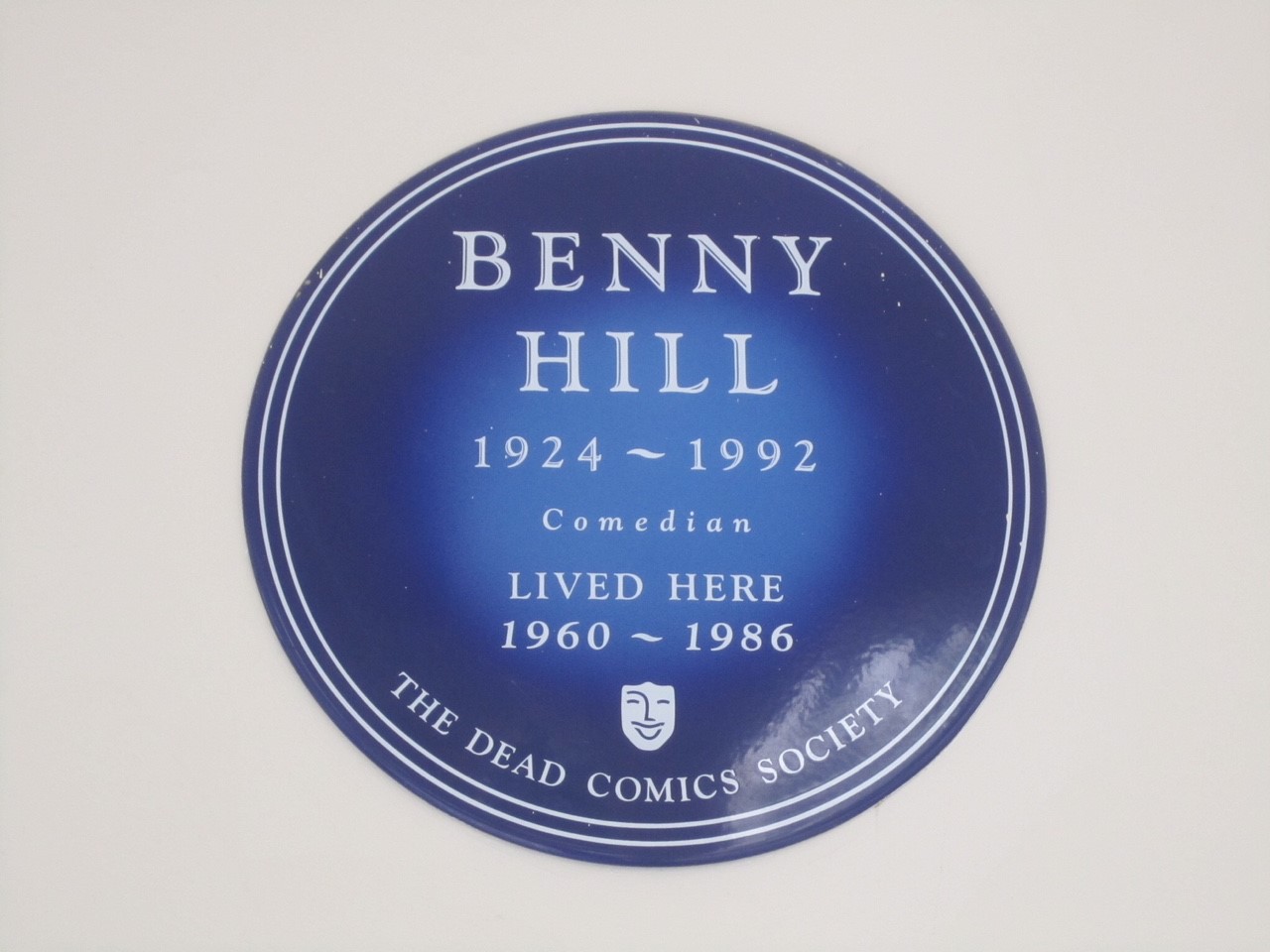