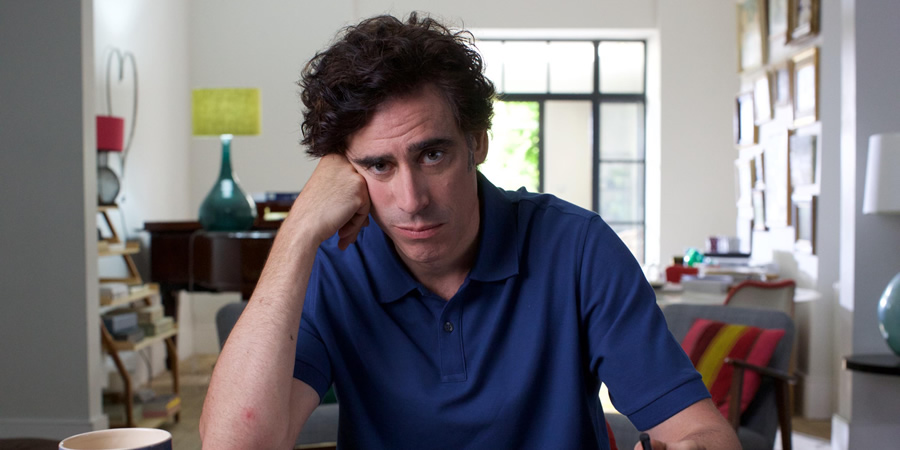 After the collapse of his previous group therapy practice, Richard is no longer able to conduct the traditional 50-minute sessions most therapists have with their patients. Instead, he’s developed a new form of therapy – weekly quick-fire sessions with his patients which take place online, through a webcam. The few patients on his list present a hilarious and outrageous catalog of neuroses, phobias, issues, anxieties and psychopathies, but even these short sessions, where he’s confronted by everything from the sublime to the ridiculous, are not his greatest challenge. His patience and temperament are stretched to their limit by the daily interruptions of a demanding extended family, errant teenagers and his own trouble-filled past.

Mangan adapted the US series with his brother-in-law, Robert Delamere, and is producing it with his wife, Holby City actress Louise Delamere. While he readily admits that his show took inspiration from Lisa Kudrow’s Web Therapy series, he and others involved in the production have gone to great lengths to bear little resemblance to its U.S. counterpart other than it’s a show about online therapy. Mangan spoke about this and the series in general in this recent interview with comedy.co.uk.

Because the therapy scenes are largely dreamed up on the spot, Stephen and his team picked actors they knew could work on the hoof. Without a script for their therapy sessions, however, many actors found it challenging. “They were all terrified,” says Stephen. 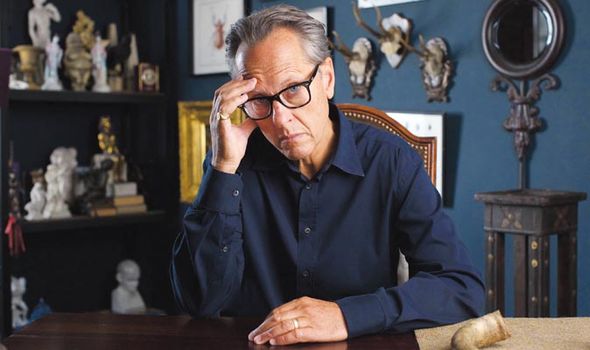 “David Tennant said it was the most terrifying thing he’d ever done!  They were all turning up – Charles Dance, Richard E. Grant – going, ‘What’s going to happen?’ and I said, ‘We’re just going to start talking.’

Hang Ups premieres Wednesday at 10p on Channel 4. Let’s hope for a U.S. broadcast in the not-too-distant future.