AC-12, the fictional police squad charged with the herculean task of uncovering corruption within the police force in Line of Duty, will reportedly be fairly busy when the 5th series begins filming this Fall. The main three individuals involved in most of the AC-12 investigations, Superintendent Ted Hastings (Adrian Dunbar), DS Kate Fleming (Vicky McClure) and DS, potentially DI Steve Arnott (Martin Compston), will be back for the new series. Also back will be Maneet Bindra, played by Maya Sondhi. For those that remember series 4 where she leaked confidential AC-12 files and got away with it, her fate remains up in the air. 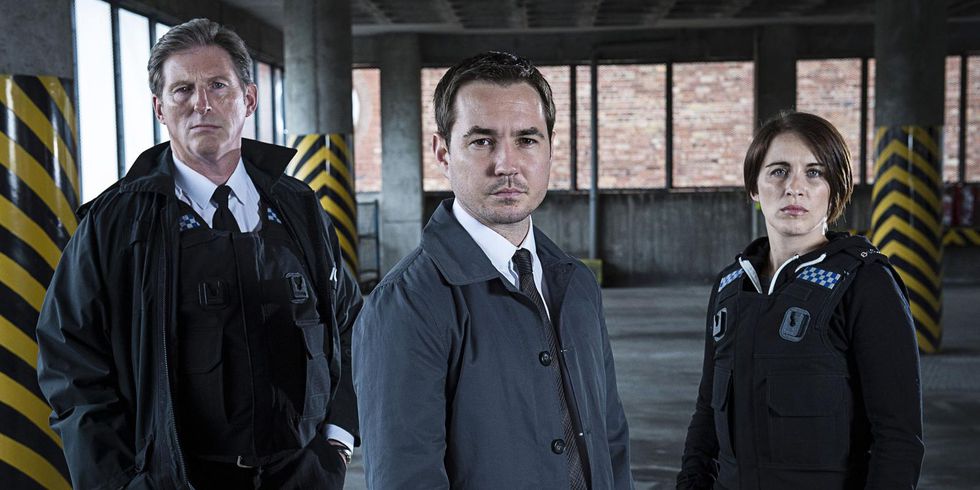 For those that may be unfamiliar with the series, it should be at the top of your list to begin binge-watching the 23 episodes that comprise series 1-4. Aside from the main characters that comprise AC-12, the series has seen a laundry list of A-list actors in the crosshairs of AC-12 investigations including Lennie James (The Walking Dead), Keeley Hawes (Spooks, Ashes to Ashes, Upstairs Downstairs, Bodyguard) and Daniel Mayes (Ashes to Ashes). Other guest stars have included Gina McKee, Jessica Raine (Call the Midwife), Jason Watkins (Being Human, Trollied, Twenty Twelve, W1A), Neil Morrissey (Men Behaving Badly) and Lee Ingleby (Inspector George Gently, Our Zoo).