At long last, PBS has announced the ‘official’ return date for series 3 of Victoria at the recent Television Critics Association Summer get together in Beverly Hills. Unlike their streaming service counterpart, The Crown, there will be no need to grab a scorecard on January 13, 2019 to determine who is playing who when series 3 of Victoria begins as Jenna Coleman will reprise her role as the young Queen, and Tom Hughes will continue to play Prince Albert. 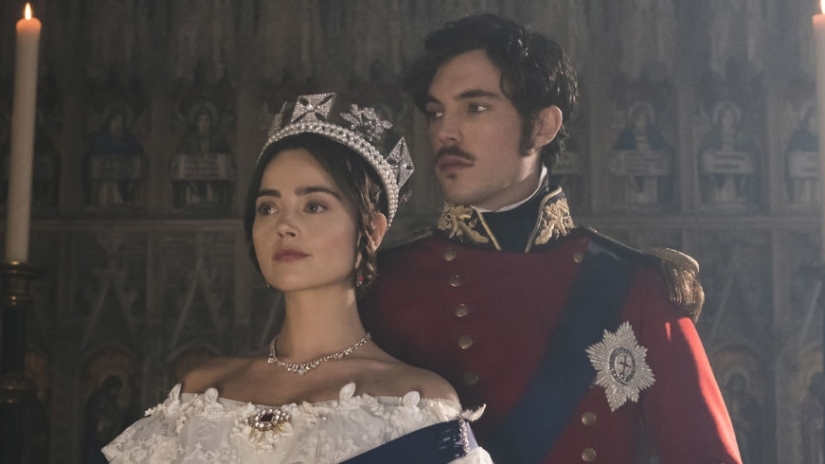 Set in 1848, series 3 takes place in a “turbulent and uncertain time” for Queen Victoria and her husband Prince Albert, according to producers. Outside the royal bedroom, Victoria is under pressure from the government to leave London for her own safety, amid fears of revolution and unrest in London.

With Prince Albert dying in 1861, it’s not likely we will lose Albert in series 3, according to producers. “I think we can safely say we’re not going to lose Albert in this series.” Goodwin said at the TCA summer press tour. “It’s a really interesting time because Victoria just wants the love of her people. She’s almost like a child star who’s grown up with this affection and love, and when it’s withdrawn she’s empty and she doesn’t know what she’s for. But Albert thinks to be monarch is not necessarily to give people what they want, but what they need.”

Besides unrest in Europe and turmoil in the bedroom, series 3 will bring to light another interesting practice from the 1800s. As one can imagine, modesty was incredibly important to women in the Victorian age. It seems as though the Queen took it one step further by having her very own bathing machine. The caravan meant she could change into her bathing suit without worry of anyone seeing her looking less than royal. It would then be rolled into the water so she could descend into the sea without anyone catching a flash of her in her bathing suit, just like a ‘proper woman’. Evidently, bathing machines were quite popular on British seasides until legal segregation of bathing areas in Britain ended in 1901 causing them to die out or made into beach huts.

Also, as one can imagine, in an age where a flash of a ladies ankle was enough to draw a gasp from anyone, the Queen dressed in a maroon pair of trousers, long top and matching cap. Hopefully, there are pictures to follow soon.

As we reported recently, series 3 will see a lot of new faces alongside Victoria and Albert. Laurence Fox, best known as DS James Hathaway in Lewis, has joined the cast of Victoria starring as the “charismatic and wayward” Foreign Secretary Lord Palmerston.

That should keep Victoria-Nation until the next update! Buck up, little campers. It’ll be January 13, 2019 before you know it!