Yes, Virginia, there is a Santa Claus as filming has begun on the long-awaited Downton Abbey movie. A roster of stars have been added to the returning upstairs and downstairs residents of Downton as Harry Potter’s Imelda Staunton, Sherlock Holmes‘ Geraldine James and The Thick of It‘s David Haig are among those who have signed-up. Also joining the cast are The Hitchhiker’s Guide to the Galaxy‘s Simon Jones, Peaky Blinders‘ Kate Phillips, and Goodbye Christopher Robin‘s Stephen Campbell Moore. 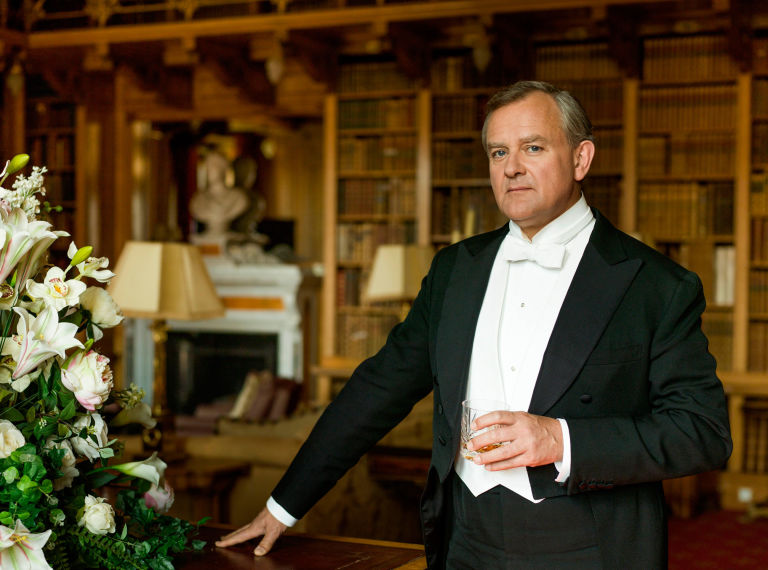 Returning cast members include Hugh Bonneville, Dame Maggie Smith and Michelle Dockery but, unfortunately, there will be no Lady Rose (Lily James) this time around. The star of Mamma Mia! Here We Go Again explained, “I’m sadly not, but I’m so excited for it – I’m going to be front row,” adding that the reason “wasn’t schedules”. “My character Rose moved off to New York, so it would be farfetched to bring her back. I would have loved to have come back for a scene, but for a movie it can’t be like a Christmas special and it needs to be a focused storyline. There was no space for Rose.”

Sadly, all that is known at the point in time is that Sir Julian Fellowes is writing the script which, thankfully, seems to include the Dowager Countess. While Dame Maggie Smith would have loved to have had the film begin with Lady Violet’s funeral, comparing it to the start of Evelyn Waugh’s Brideshead Revisited, suggesting that the Dowager could come home to die as Lord Marchmain does in the novel, it looks like Dame Maggie Smith has had a change of heart.