Just when you thought the first female incarnation of the Traveling Time Lord was about all the ‘change’ you could handle when Doctor Who returns this Fall for series 11 (not to mention there’s new show composer and not one but three companions), we now know that members of Doctor Who-Nation will also have a to wait one more day to see how the 13th Doctor handles the keys to the TARDIS. For the first time since it returned to TV in 2005, the traditional Saturday evening show will move to Sundays. The 10-part series will get its BBC1 premiere on Sunday, 7 October. 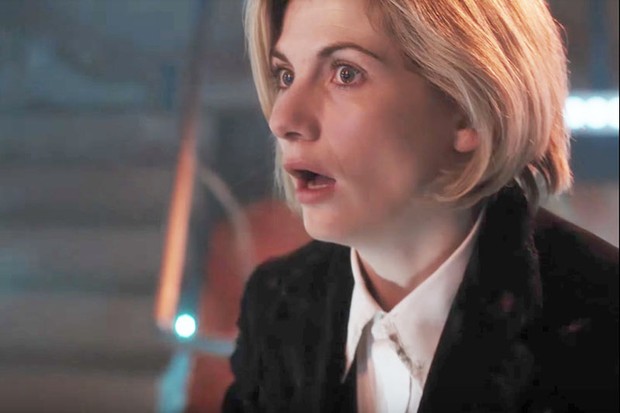 In the grand scheme of things, while a time slot change may seem like a fairly minor adjustment in the age of watching TV on your smartphone, people normally don’t like change. That said, it can’t be overstated what a big shift this is for the longest running science fiction series ever, which has run on Saturdays for more or less every episode (bar specials) for the past 13 years. In a nutshell, Doctor Who has been a staple of BBC1’s Saturday-night schedule at least ever since Christopher Eccleston first walked out of the TARDIS back in 2005. Even during its classic series years (1963-1989) Doctor Who went out on Saturdays for decades. As noted by the BBC, “…never before in the show’s history has an entire series descended to earth on a Sunday”.

The series has struggled somewhat in recent years on Saturday nights where it was increasingly forced to compete with popular entertainment and reality TV programs on other channels and then found itself repeatedly being shifted to different time slots in an attempt to accommodate other programs. Yes, Jodie Whittaker has barely been seen on the screen at this point, but she has already breathed brilliant life back into the series and will, most likely, garner a much larger audience tuning in to see history in the making. The move to Sundays will be good for the series given its ‘family night’ label

New showrunner, Chris Chibnall, summed up the move perfectly. “New Doctor, new home! Jodie Whittaker’s Doctor is about to burst into Sunday nights — and make the end of the weekend so much more exciting. Get everybody’s homework done, sort out your Monday clothes, then grab some special Sunday night popcorn, and settle down with all of the family for Sunday night adventures across space and time. (Also, move the sofa away from the wall so parents can hide behind it during the scary bits).”