As America settles in for the return of Poldark and the PBS premiere of season 4 on Sunday, September 30, word out of the UK has now verified what was both rumored and feared. With the BBC announcement of the commissioning of series 5 this past Spring now officially comes a bit of sad news from producers. Series 5, which has begun filming, will the final time we see Captain Ross Poldark ride his trusted steed up and down the Cornish coastline. 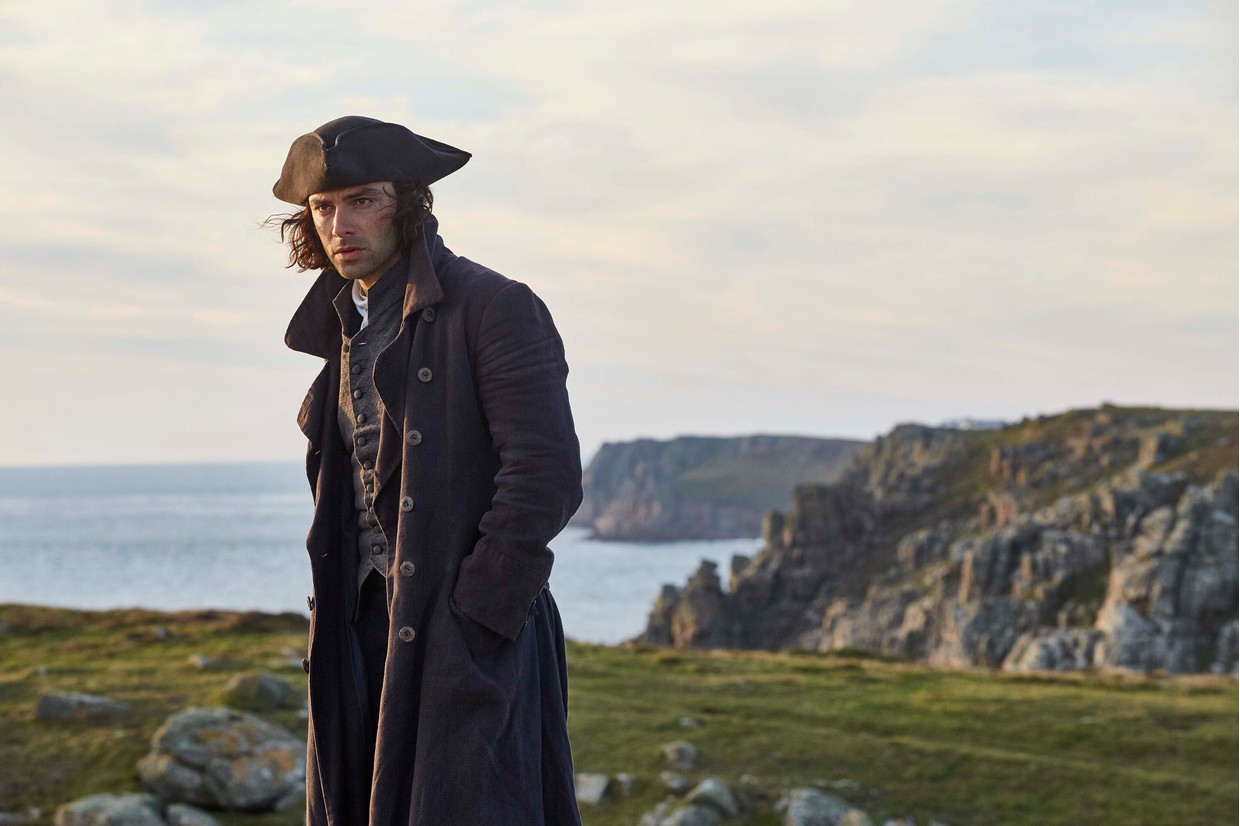 Series 4, which premieres Sunday, September 30 on PBS, will draw upon the final third of Winston Graham’s sixth Poldark book “The Four Swans” and all of book seven, “The Angry Tide” where we will will find Ross Poldark in Westminster when he becomes an MP. The action of series four will run until the Christmas period of 1799.

The next book, “The Stranger from the Sea”, which is the eighth in the series of 12, starts in 1810 and would be a leap of more than ten years. With the backing of the Winston Graham estate, the 5th and final series will be based on the unwritten lost decade between 1800 and 1810 in Winston Graham’s books saga meaning we won’t be subjected to a 50-year old Aidan Turner/Captain Ross Poldark. Andrew Graham, son of “Poldark” author Winston Graham and series consultant on behalf of the Winston Graham Estate said, “Debbie Horsfield has demonstrated such an extraordinary affinity with his work and shown such remarkable skill in bringing his Poldark characters to the screen that we know we are in safe hands.”

While this might seem to be a difficult task from the outset given the first four series tracked fairly closely to the first 7 books, creator/writer Debbie Horsfield said, “In ‘The Stranger from the Sea’ (book 8), Winston Graham made many references to developments that happened in the ‘gap’ years. Much can also be inferred. There are, of course, also historical events and people of the time, both in Cornwall and in London. Series five will draw on all of these to follow the lives of the Poldarks, George Warleggan, the Enyses, and the Carnes in this intervening period.”

Quick to comment on the possible future of the Poldark franchise, Karen Thrussell, executive producer for production company Mammoth, added, “This will be the last series in the Poldark chronicle… for now. Who knows what the future may bring.” As Radio Times speculates, Thrussell’s statement suggests that the final five novels in the saga could still be open for adaptation at some point. The fact that the last books mainly concern the lives of the Poldark and Warleggan children, they could conceivably be made with new older actors playing the parts of Ross and Demelza.