While no one in their right mind will draw a correlation between Jenna Coleman’s portrayal of Queen Victoria and her role as Joanna in the forthcoming BBC adaptation of Helen Fitzgerald’s novel, The Cry, on the surface they both seem to show a young woman trapped in her own nightmare of motherhood. Obviously, while Victoria does struggle a bit with the confines of motherhood, she does get to fall back on the fact she’s The Queen so that’s pretty much where the similarities come to an end and it becomes quite clear the roles are starkly different. 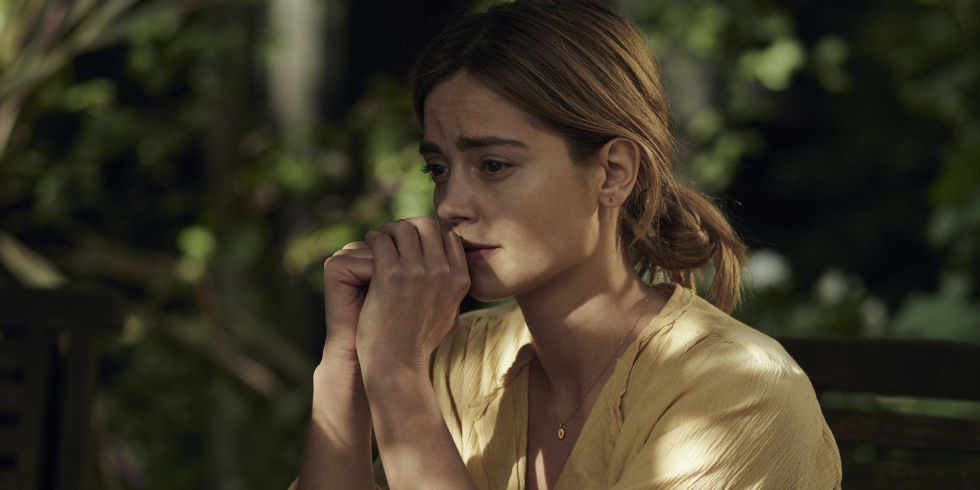 Coleman (Death Comes to Pemberley, Doctor Who, Victoria) and Top of the Lake: China Girl‘s Ewen Leslie star as married couple Joanna and Alistair, who make the long journey from Scotland to Australia to visit family and fight for custody of the Alistair’s daughter, Chloe, against his Australian ex-wife, Alexandra.

But during a stop on a remote roadside outside of Melbourne, the couple’s own baby son Noah suddenly goes missing in a small rural town in Australia. The Cry tells the story of what happens next as Joanna and Alistair desperately search for Noah. Unfortunately for Joanna, public scrutiny of their collapsing marriage ensues and her psychological state disintegrates leading to public exchanges such as “I need you to stop lying to me,” she tells him, as he responds with: “You are out of control!“

Filmed on location in Glasgow and Melbourne ahead of production getting under way for the third series of Victoria, The Cry‘s ensemble cast features several familiar faces from Australia and Scotland, including X-Men Origins: Wolverine star Asher Keddie as Alistair’s ex-wife Alexandra, The Crown‘s Stella Gonet as Alistair’s mother Elizabeth and Neighbours‘ Alex Dimitriades.

The Cry will air on BBC One in the UK and ABC in Australia.