Sir Anthony Hopkins and Emma Thompson will cross paths for the third time (Remains of the Day, Howard’s End) in the latest adaptation of Shakespeare’s King Lear. Hopkins stars as the titular king with Emma Thompson as his eldest daughter Goneril. Joining Thompson as Lear’s other daughters are Emily Watson (Theory of Everything) as the middle daughter Regan and Florence Pugh (Lady Macbeth) as Cordelia, the youngest. 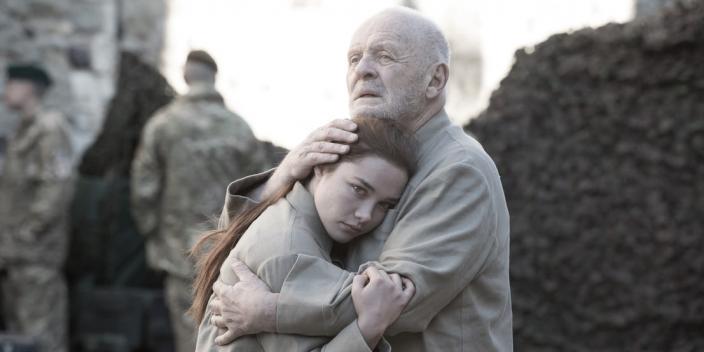 Sir Anthony has played King Lear twice before at the National Theatre in 1986 and 2002. The current version, which will take place in an alternate present-day reality, sees Lear presiding over a military dictatorship in England. In the play, an elderly king who’s descending into madness makes the decision to split his kingdom among his three daughters, which sends the land into chaos.

King Lear will also star Jim Broadbent (Gangs of New York) as the Earl of Gloucester, Andrew Scott (Sherlock) as his son Edgar and John Macmillan (Hanna) as his illegitimate son Edmund. Jim Carter (Downton Abbey) as the Earl of Kent, Christopher Eccleston (Doctor Who, The Leftovers) as Oswald, Tobias Menzies (Outlander) as the Duke of Cornwall, Anthony Calf (Riviera) as the Duke of Albany and Karl Johnson (Rome) as Lear’s jester also star.