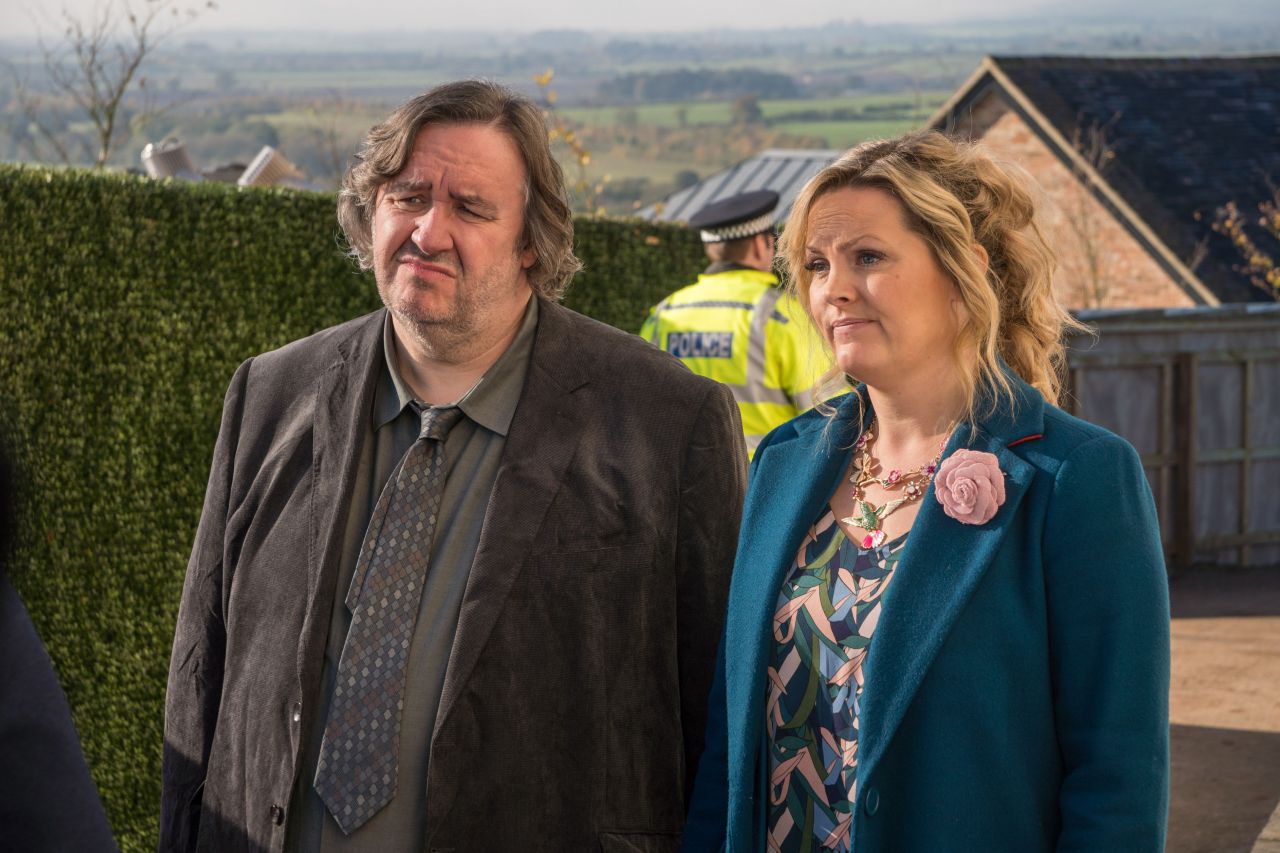 Our initial contact with the series was back in February when it was initially screened as part of the 2018 BBC Showcase offerings in Liverpool for possible broadcast on public television stations in the coming year.

The comedy/drama/mystery series premiered in February 2018 on BBC1 and resulted in a combination of exceptional audience feedback and widespread critical acclaim, which can only mean two things: First, the series will definitely be making its American debut in early 2019 on public television stations; and two, a second series has been commissioned by the BBC!

It probably didn’t hurt, either, that the series provided the biggest drama launch for the channel’s weekday schedules since Father Brown in 2013, in addition to securing a place in the top 10 of all BBC content on iPlayer during the series’ first week.

Unfortunately for Frank, going through life out of shape and low on cash is no way to run a business. Lu hires Frank to spy on her fiancé, whom she thinks is having an affair. Fortunately for Lu, it turns out her soon-to-be husband is not cheating on her. The bad news, however, is that he’s not who she thinks he is, and he ends up murdered about an hour after the “I do’s.”

With Lu needing a new challenge after she helps Frank solve the murder, the two join forces and form an unlikely detective duo in Stratford-upon-Avon, where low-life criminals seem to go for high crime drama.

Shakespeare & Hathaway: Private Investigators looks to be another gem of a series from the mind palace of Trotter, who also heads the BBC Daytime Drama Department in his spare time.

You may not know the name, but you certainly have seen his earlier contributions to both a highly successful BBC1 and public television drama output: The Coroner which, sadly, was not commissioned for a third series after having just completed two very popular seasons; and Father Brown, whose series 7 will tentatively air in January 2019 and will air on public television stations in spring 2019.

Series 2 won’t be far behind. It began filming in September on location in Stratford-upon-Avon, with a target transmission date of early 2019 on BBC1 daytime.