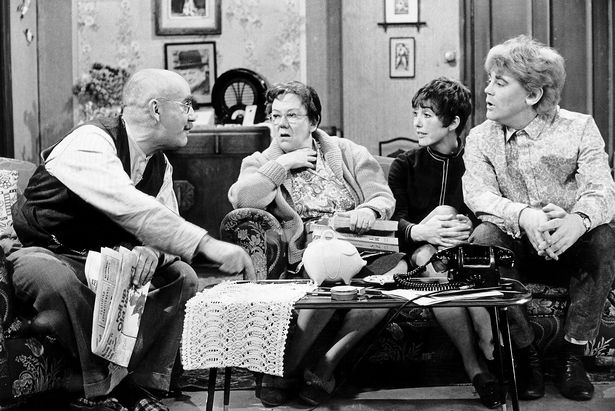 ‘Till Death Us Do Part’ with Una Stubbs as Gloria, second from right (Image: BBC)

Highly controversial ’60s BBC sitcom Till Death Us Do Part, which became the ’70s ground-breaking American situation comedy series All in the Family, touched on virtually every subject that was considered both untouchable and unsuitable at the time. Till Death Us Do Part ran for 54 episodes over the course of seven series from 1965-1975.

The show centered around the East End lives of Alf Garnett, played by Warren Mitchell, and his family, and it was an original carbon copy of its American cousin. Garnett, much like Archie Bunker, was a white working-class man who held racist and anti-socialist views.

It ends up, there’s also a Sherlock connection. 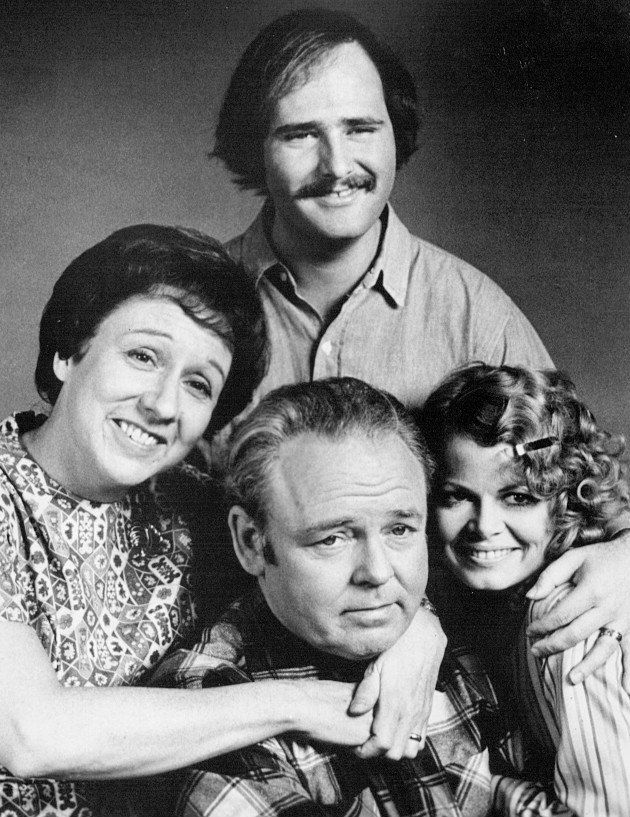 Sally Struthers as Gloria (Bunker) Stivic in ‘All in the Family,’ bottom right

The series grew out of a 1965 Comedy Playhouse in which Alf was called Alf Ramsey. When the series began the following year, Alf was renamed Alf Garnett to avoid confusion with the then-manager of the England national soccer team. Interestingly, Peter Sellers reluctantly turned down role of Alf Garnett due to a busy schedule, handing the reigns to Warren Mitchell.

Alf’s long-suffering wife Else — who actually wore the trousers in the Garnett household — daughter Rita and his unemployed Liverpudlian-with-left-wing-views son-in-law Mike did their best to point out how wrong these old guard views were and represent the views of a new generation of thinking.

As with All in the Family in the States, which topped the Nielsen ratings for five years from 1971-1976, the UK series was a huge hit from an audience perspective, as it was as much of a commentary on British life as it was a comedy. It addressed racial and political issues at a difficult time in British society, issues that were not only changing but not openly talked about. After each broadcast, the BBC switchboard would light up with a complaint or two, but the audience figures were huge. Till Death Us Do Part stayed where it was.

To bring this to a full From the Vault circle, the interesting thing I did not know about this series was that Alf’s daughter Rita was played by Una Stubbs, a.k.a. Mrs. Hudson on Sherlock! Rita, the British Gloria Stivic, represented a new generation. Together with her “meat head” husband Mike, they supported all aspects of the new era such as relaxed sexual mores, fashions and music. To Alf, they represented everything that was wrong with the younger generation and the liberal attitudes they embraced.

Like All in the Family, Till Death Us Do Part used its fair share of language or catchphrases that were considered unacceptable for television in the 1960s. It was one of the earliest mainstream programs to feature the British swear word “bloody.” The show was also one of many held up by Mary Whitehouse, the English social activist known for her strong opposition to social liberalism and the mainstream British media, as a prime example of the BBC’s moral laxity.

So, sit back and enjoy a little From the Vault sample featuring Una Stubbs, aka Sherlock‘s Mrs. Hudson.