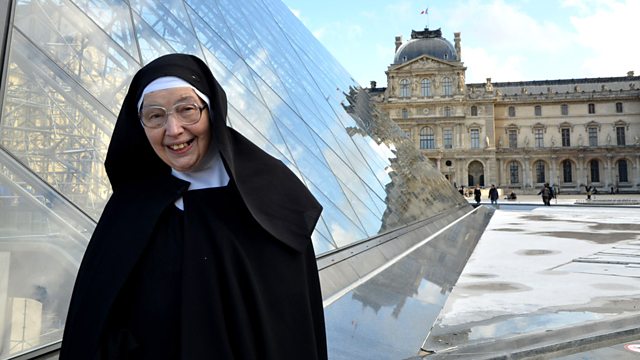 Sister Wendy and the Art of the Gospel. Photo courtesy: BBC

TV art historian and Roman Catholic nun, Sister Wendy has died at the age of 88. Her death was confirmed on Wednesday by the Carmelite Monastery in Quidenham, England, where she had lived in a caravan for decades, though not as a member of the Carmelite order.

As the host of a number of unscripted BBC shows from galleries across the world, Sister Wendy Beckett had all the fame that lay counter to her almost hermit-like cloistered life of prayer at a Carmelite monastery. While her first program — a 1991 television documentary on the National Gallery in London commissioned by the BBC — began her time as a BBC television presenter, American audiences were introduced to Sister Wendy through her BBC series such as Odyssey, Sister Wendy’s Grand Tour and Sister Wendy’s Story of Painting, which aired on public television stations for decades.

Her unique presentation style combined with a deep knowledge of and passion for the arts made for oddly brilliant television as she stood in front of paintings and, without anything resembling a script or autocue, discussed them direct-to-camera, mesmerizing the audience that had tuned in.

While Sister Wendy’s Grand Tour took audiences to Paris, Madrid and Florence in the mid-’90s, it was her Sister Wendy’s American Collection that really ramped up her international popularity in America, where she toured the Museum of Fine Arts in Boston, the Metropolitan Museum of Art in New York City, the County Museum of Art in Los Angeles, the Cleveland Museum of Art, the Art Institute of Chicago and the Kimbell Art Museum in Fort Worth.

What really upped her cool quotient in my book was her 2012 appearance on Desert Island Discs with Kirsty Young on BBC Radio 4. While you might guess her music choices, it was her selection of “an enormous book of logical puzzles” as her book choice and a refrigerated tabernacle as her “luxury choice” that solidified her brilliance.

Aside from her writing 15 books on art and religion, her celebrity status as a result of her television presentations brought her all the perks, save for a wardrobe advisor. Sister Wendy assigned all her earnings to a Carmelite order that had sheltered her for decades, and she remained a nun with commitments to prayer, solitude and vows of poverty while making time to attend Mass daily, even while filming. 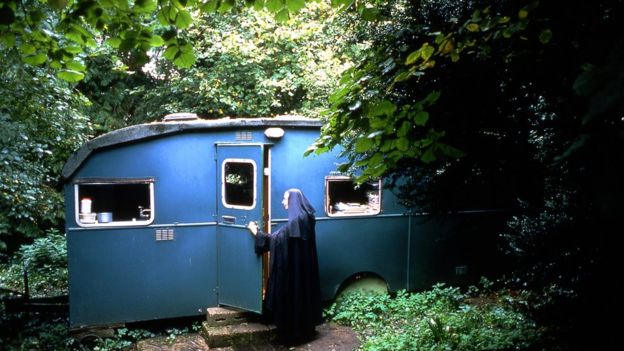