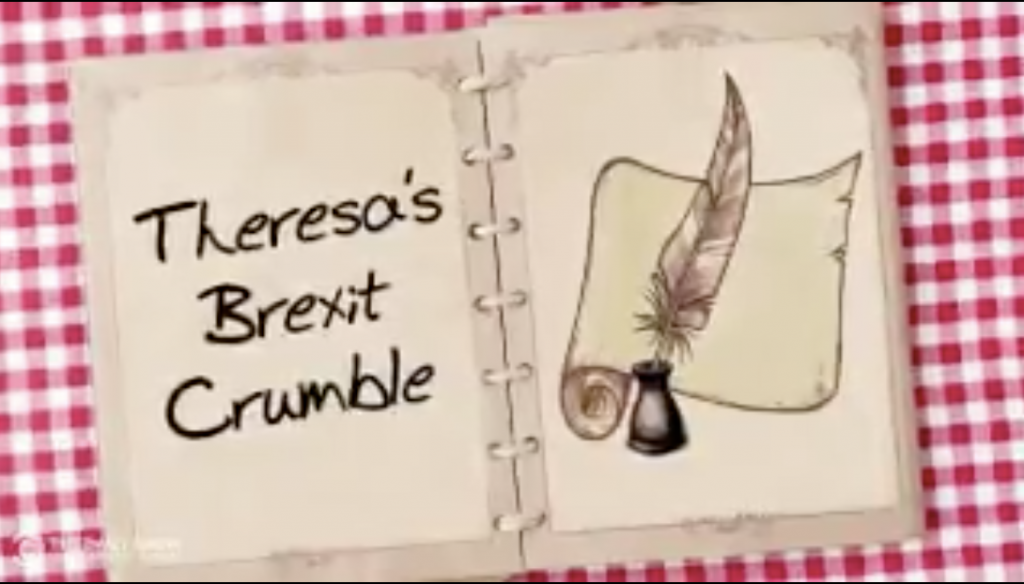 If you find yourself currently in America without a good understanding of just what went down last Tuesday in the House of Commons, leave it to The Daily Show to use one of the major British exports that Americans are actually familiar with, The Great British Bake Off, to try and explain.

Essentially, Britain’s ruling Conservative party has until Monday to figure out a deal with Europe for “Brexit” — a.k.a. the country’s withdrawal from the European Union — as a potential deal was voted down this week in Parliament. Voted down to the tune of 432-202, it appears that Brexit is happening deal or no deal on March 29, 2019 as Prime Minister Theresa May barely avoided a vote of no confidence that could have forced new elections.

Still confused? Thankfully, Sue Perkins, Mel Giedroyc, Paul Hollywood and Mary Berry give their assessment of Theresa’s Brexit Crumble on The Great British Break Off, courtesy of The Daily Show with Trevor Noah.

Oooh rough ending for Theresa May in the Great British Break-Off pic.twitter.com/lNqret1tou

“It’s quite divided there, isn’t it?” says Mary Berry. “To say it was a disaster would be a humiliation to ‘disaster’,” Paul Hollywood laughs, while his fellow Great British Bake Off judge adds: “I think maybe you got a bit rushed at the end, and a bit panicky.”

“We’re going to really, really, really miss you,” says Sue Perkins at the end of the clip as the PM (aka GBBO contestant, Danny) is sent home.