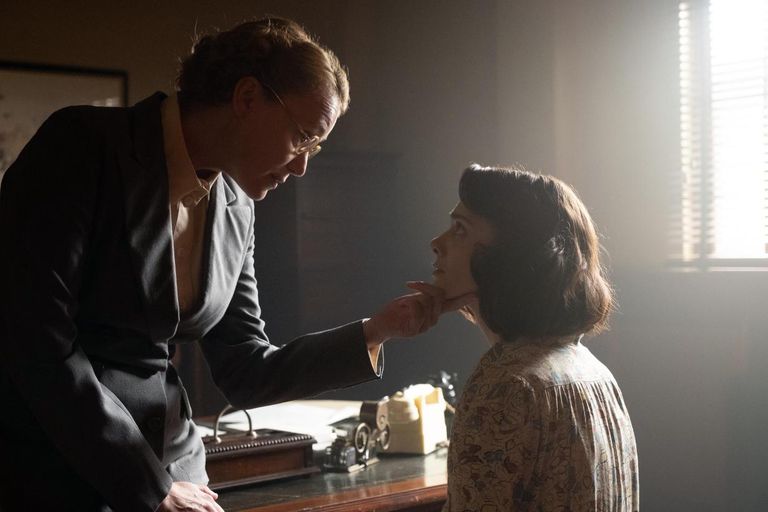 Venturing into Nicola Walker territory in my book, the greatness that is Keeley Hawes returns next month in a new spy drama from Channel 4, Traitors. The former Spooks, Ashes to Ashes, Durrells in Corfu, Upstairs Downstairs, Line of Duty, Bodyguard star will play Priscilla, a woman working as a member of the Civil Service following the Labour Party’s Clement Attlee won in a shock landslide victory over Winston Churchill.

Set in 1945 London, Traitors tells the story of Feef Symonds (Clique’s Emma Appleton), who is seduced by a rogue American spy into spying on her own country and charged with the task of uncovering a Russian agent in the heart of the British Government.

Hawes character suspects her colleague is working undercover and spying on the 1945 Labour government while handing classified information over to the Americans whose hidden agenda is making sure England’s burgeoning Socialist ambitions don’t play into Soviet hands.

Michael Stuhlbarg (The Shape Of Water) and Luke Treadaway (A Streetcat Named Bob, Ordeal By Innocence) will star alongside Hawes and Appleton in the post-war period drama.