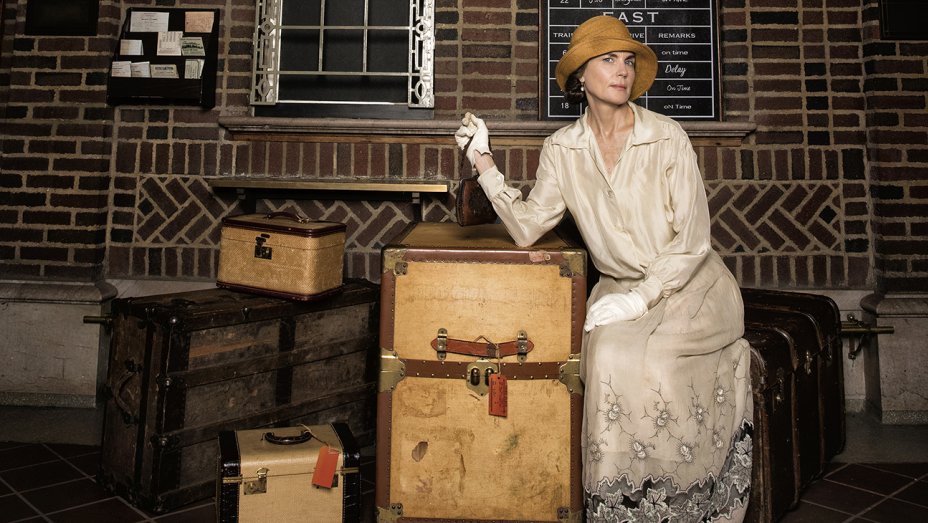 Laura Moriarty’s critically acclaimed New York Times best-selling novel, The Chaperone, is getting the big and small screen treatment in 2019 thanks in large part to Elizabeth McGovern, aka Cora Crawley, Countess of Grantham from Downton Abbey.

McGovern was instrumental in getting at least a small portion of the Downton Abbey band back together again by first, optioning the novel, then securing the talents of both Sir Julian Fellowes to adapt it for the big screen along with multiple Emmy- and DGA-nominated director Michael Engler for his feature film directorial debut. McGovern also co-produces the film, which looks and sounds like a richly emotional period piece that we haven’t had the benefit of seeing since Mr. Carson closed the doors to Downton Abbey back in 2016.

Louise Brooks, the 1920s silent silver screen sensation who proudly never met a rule she didn’t break, epitomized the restless, reckless spirit of the Jazz Age (sounds a bit like Lady Rose, doesn’t it?). Roll back the calendar a few years, however, and you find a 15 year-old Louise Brooks, a student in Wichita, Kansas, for whom fame and fortune were only dreams.

When the opportunity presents itself for Louise to go to New York to study with a leading dance troupe, her mother insists there be a chaperone. Enter Norma Carlisle (McGovern), a local society matron who never broke a rule in her life.

Norma impulsively volunteers to accompany Louise to New York for the summer. Why, you might ask, at this point in the story? Well, it seems as Louise begins her dance training, Norma pursues her real motive for coming to the city: to visit the orphanage where she was raised as a child and learn the identity of her birth mother.

Brooks, an icon of the 1920s for popularizing the bob haircut, would go on to star in 25 films, including Pandora’s Box, Diary of a Lost Girl and Miss Europe before retiring in 1938.

The Chaperone is a co-production of PBS’s Masterpiece and Rose Pictures, in association with Anonymous Content. PBS Distribution will distribute the film theatrically and to home entertainment markets in the U.S. leading up to a tentative Fall 2019 PBS Masterpiece broadcast.