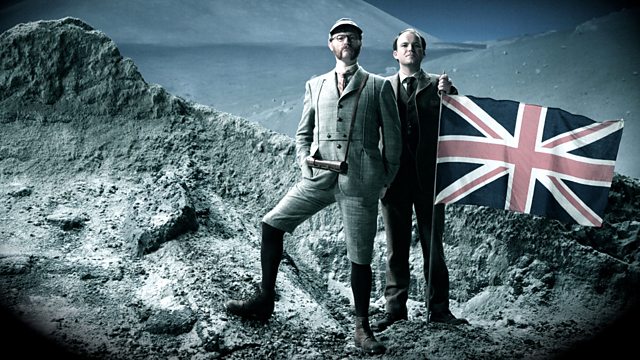 Mark Gatiss as Cavor and Rory Kinnear as Bedford in BBC Four’s ‘The First Men in the Moon,’ and adaptation of H.G. Wells’ novel of the same name.

In the not-too-distant future, as calendars flip from June to July, many global citizens will remember where they were on the night of July 20, 1969. It’s hard to imagine that it has been 50 years since the United States’ Apollo 11 became the first manned mission to land on the moon.

Based on H. G. Wells’ science fiction novel of the same name, BBC Four film The First Men in the Moon tells the story of Bedford (Rory Kinnear), who as a young man meets the eccentric Professor Arthur Cavor (Mark Gatiss) way back in 1909. Together, they travel to the moon and discover a terrifying secret deep beneath its seemingly-barren surface.

Cavor had invented “Cavorite,” a substance that blocked the force of gravity. Upon meeting Cavor, Bedford encourages him to think of the profits his invention might bring, and they worked together to build a cast iron sphere that would fly them to the moon. 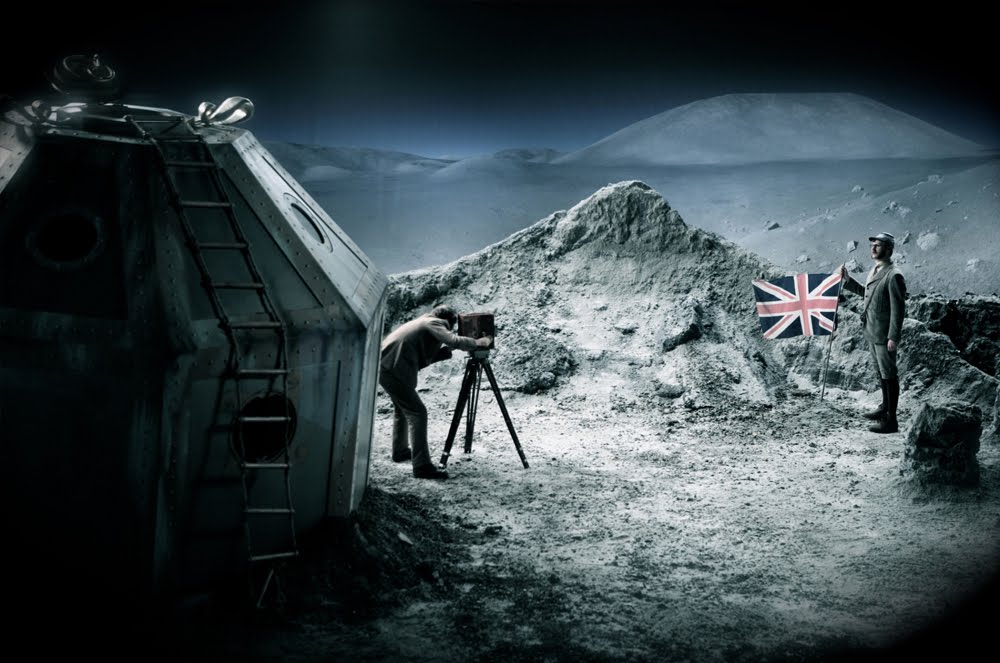 Rory Kinnear and Mark Gatiss as Bedford and Cavor in BBC Four’s ‘The First Men in the Moon,’ and adaptation of H.G. Wells’ novel of the same name.

After landing on the lunar surface and discovering its oxygen atmosphere is frozen into the surface and released in direct sunlight, the two explorers are captured with nets and taken underground by the moon’s inhabitants, whom Cavor names Selenites.

Upon their revival, Cavor and Bedford are fed. They try to communicate with the moon creatures, but to no avail. They are prodded with long poles toward a lunar abyss. They find themselves in a perilous state after Bedford reacts and accidentally kills several Selenites with his greater strength.

They split up, and Cavor remains behind to give Bedford time to escape. Bedford stumbles through various tunnels and comes upon the spacecraft, which the Selenites brought underground during their captivity.

He climbs aboard and activates the controls.

Bedford nearly crashes the spacecraft into the sun, but he recovers and, much later, lands near the seaside close to home at West Wittering.

His hopes of returning to the moon to rescue Cavor are dashed when a passer-by, Chessocks (Lee Ingleby), climbs aboard and accidentally takes off into space with the hatch open. Bedford does not know how to produce Cavorite, so he cannot build another spacecraft.

Unfortunately, this causes the moon’s internal and frozen surface atmosphere to escape into space and, as a result, the moon’s surface is reduced to a barren wasteland.

This is the landscape that is discovered by the Apollo astronauts when the Apollo 11 lunar lander sets down on the Moon’s surface in 1969, 60 years later.

A sole Selenite observes the spacecraft from a distance.

First Men in the Moon airs this summer on a number of public television stations in the U.S.