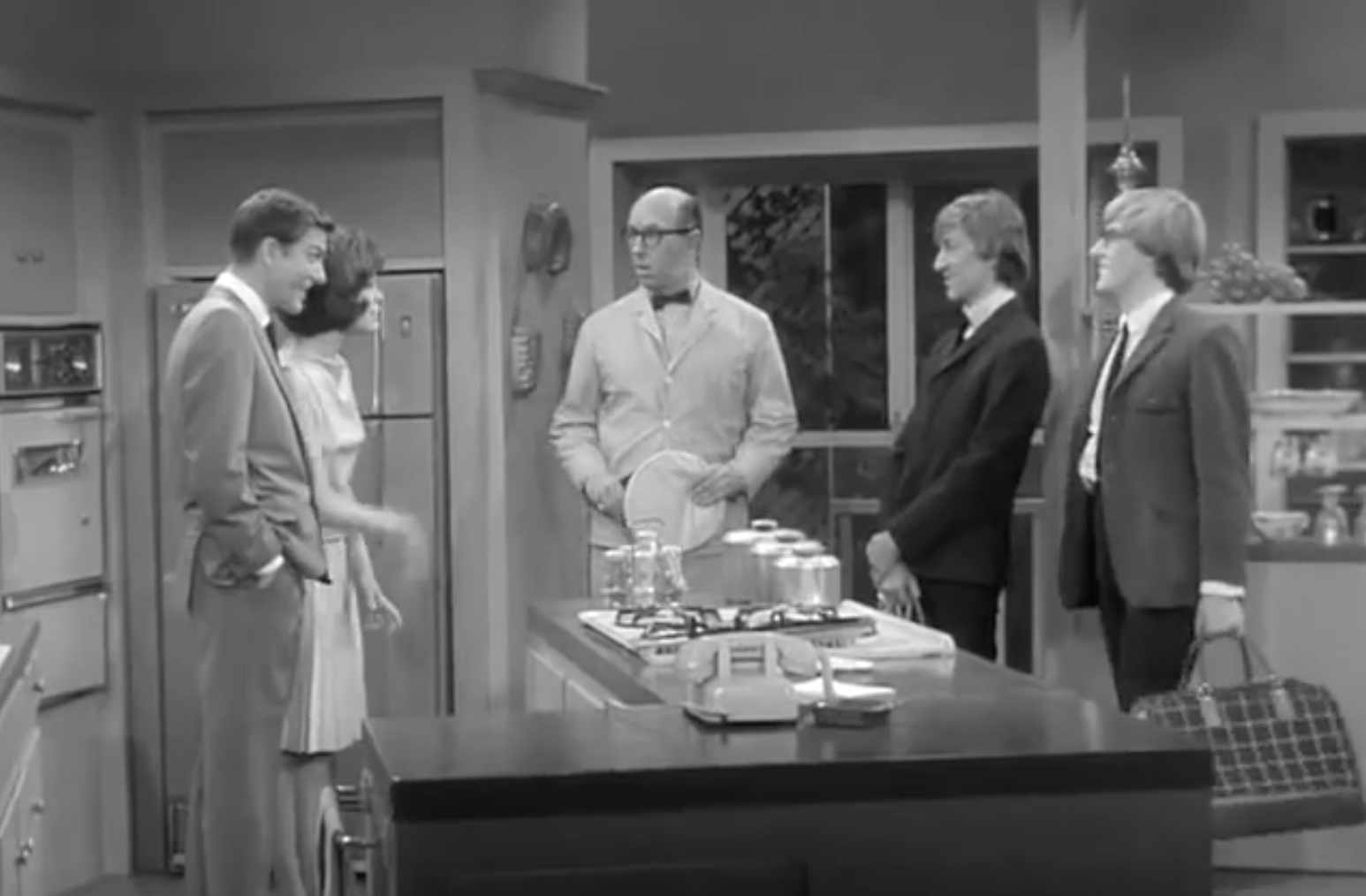 By the mid-’60s, the British Invasion was a cultural phenomenon that had taken America by storm. So much so that even popular TV sitcoms wanted to join in the fun. Often mistaken for another British singing duo, Peter & Gordon, Chad Stuart & Jeremy Clyde, aka Chad & Jeremy, made the leap to the small screen, appearing as characters on The Dick Van Dyke Show and The Patty Duke Show, and as themselves on Batman.

It was their appearance on The Dick Van Dyke Show where fiction merged with reality. The New Rochelle, New York, teenage fanbase ransacked Rob and Laura Petrie’s home on Bonnie Meadow Road in a Beatlemania-type frenzy when word got out that the Redcoats (Fred and Ernie) were staying at their home prior to an appearance on The Alan Brady Show.

While the folk/pop popularity of both Chad & Jeremy and Peter & Gordon gave way to the more popular rock and psychedelic music of the late ’60s, Jeremy Clyde returned to his roots and carved out a successful acting career appearing in a number of series known well to public television viewers such as The Old Guys, Ashes to Ashes, Downton Abbey, Midsomer Murders, Inspector Morse, Bergerac, Taggart and The Duchess of Duke Street.

Clyde, the son of Lady Elizabeth Wellesley and the grandson of the 7th Duke of Wellington, met his future musical partner at the Central School of Speech and Drama in London. Their first foray into music came when they formed the band, The Jerks, which lasted until Clyde graduated and went off to Scotland to continue to pursue his acting career. Missing his musical BFF, Clyde returned from Scotland where he found it difficult to land acting gigs because of the Actor’s Union strike. He reunited with Stuart, got work playing at a coffee house and then it was on to America, where they became part of the British Invasion beginning in 1964.

The duo’s biggest hit, “A Summer Song,” climbed into the top 10 in 1964 and has, in recent years, been used in feature films and television series, along with a 2006 ESPN commercial for the Super Bowl. Clyde’s most recent acting stint came in 2018 playing Lord Melbourne (Lord M) in the TV movie, Albert: The Power Behind Victoria for Channel 5 in the UK.