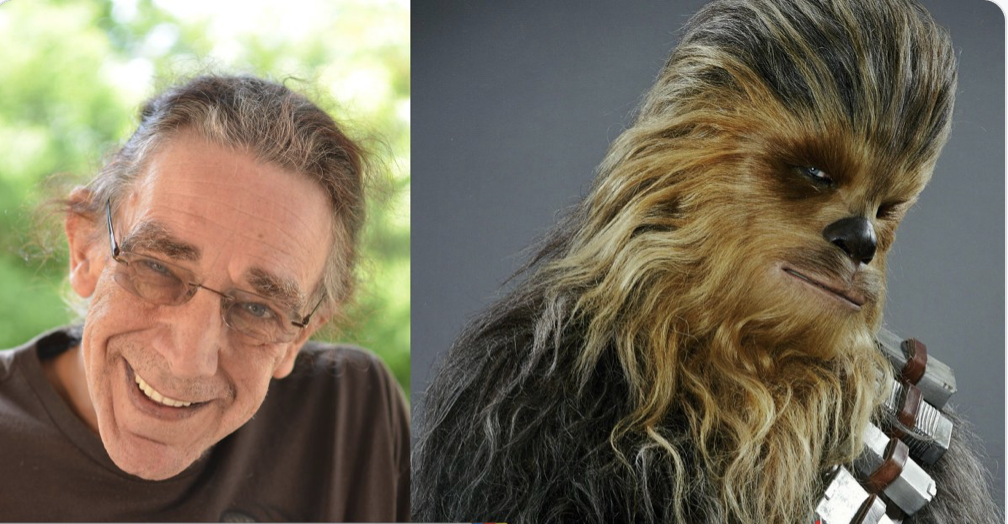 Peter Mayhew, remembered as the “gentlest of giants” in a tribute from fellow Star Wars actor and friend, Mark Hamill, passed away on April 30 at the age of 74. Mayhew, the London-born actor, played Chewbacca, the greatest of all Wookiees and co-pilot of the Millennium Falcon, in all of his live-action appearances from the 1977 original Star Wars feature film to the 2015 The Force Awakens before his retirement from the role.

Mayhew served as a consultant on on The Last Jedi in 2017 for the purpose of assisting his Wookiee successor, Finnish actor Joonas Suotamo.

Star Wars creator George Lucas discovered the 7’3″ Mayhew working as an orderly in the radiology department of King’s College Hospital in London. The rest, as they say, was history. Lucas’ search for the most prominent of all-Wookiee’s came about after his original choice for the role, David Prowse, chose to play Darth Vadar instead.

Mayhew, a resident of Boyd, Texas (about 30 miles northwest of Dallas-Fort Worth), was scheduled to appear at FanExpoDallas this weekend. His convention booth quickly became a makeshift memorial on Friday and was captured eloquently by Get Your Geek On, billed as the only Texas radio program that “speaks geek.” with this ever-so-poignant pic.

Tributes poured in from around the world from Mayhew’s fellow Star Wars co-stars.

“The Star Wars family meant so much more to him than a role in a film,” Mayhew’s family said. “The relationships that began then grew into the friends and family that he would love for decades to come.”

Here's my contribution to the #StarWars universe: a tribute to Peter Mayhew. Thanks to the fans at @FANEXPODallas who spoke with me. #RIPChewie #Chewbacca