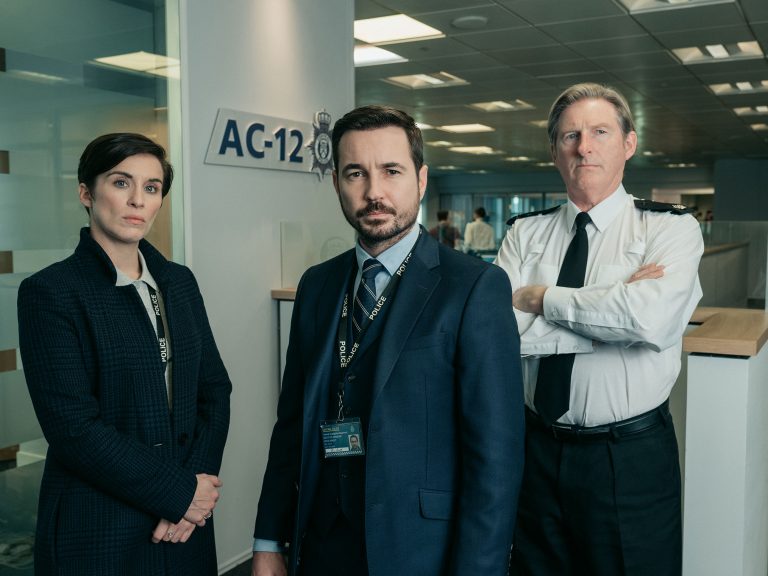 Quickly supplanting Spooks (MI5 in America) in my book as the No. 1 go-to series for rainy day binge-viewing over and over is Jed Mercurio’s Line of Duty. The British police procedural drama, which just concluded its fifth season last Sunday on BBC One, follows the day-to-day efforts of Anti-Corruption Unit 12 (AC-12) as they seek out and attempt to eliminate “bent coppers” from the ranks of the London police force.

Season 5 ups the ante exponentially with the introduction of the Organized Crime Group and their link to a potentially rogue undercover officer. 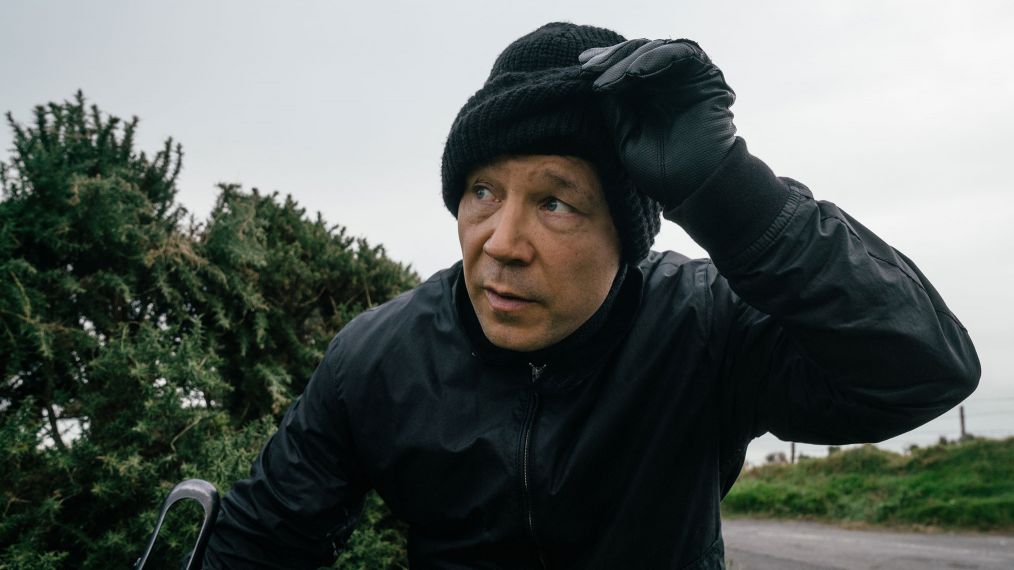 With season 5 available in America beginning today, May 13, through streaming service Acorn TV, we sat down with series creator/writer Jed Mercurio to talk all-things Line of Duty.

(The interview has been lightly edited for clarity.)

Bill Young: As you begin putting each season on paper, do you have an idea as to where you want to end up at the end of the last episode and then write to get yourself there as you move through the episodes or does it take shape as you go?

Jed Mercurio: I tend to move through it finding where the story lies and what is the best dramatic direction for the characters. I think what that allows is some dynamic decision making where we can identify where the story might be lagging, where maybe we’re becoming predictable and we can change direction and fix that. I think it’s much harder to do that if you are following a pre-determined roadmap.

Bill: The writing process is a bit different in the UK as compared to American counterparts. Do you find advantages or disadvantages to having a single writer as opposed to the U.S. practice of having a team of writers?

JM: The only disadvantage to being a single writer is that it’s harder. We do have an editorial team but at the end of the meeting, there’s only one person responsible for getting on the keyboard and laying down the script. It’s a challenge but I feel very fortunate and privileged to work on the show. The advantage is two-fold. The first is that it really enables me to be the showrunner. I’m so familiar with all the scripts because I’ve written them myself. I’m also involved in the forward planning so even if the script hasn’t been written, I’m able to communicate the needs that might be present in those scripts to the production team. The other thing is that is does allow for the direction I spoke of earlier. Because we’re not writing in parallel, I don’t have to bring everyone back together to talk about a decision in episode 2 effects what happens in episode 4. I can make those decisions unilaterally and then when we get into the next meeting with the editorial team, we can map out the consequences.

Bill: Once you get into principle filming, how involved do you get on set during filming through the editing process?

JM: I’m involved in every aspect of the production of the show. On set a lot of days, then I’m in the edit suite and involved in all aspects of post-production.

Bill: Looking back at some of your earlier work, one of the surprise beneficiaries of all the success of both Line of Duty and Bodyguard is the series Bodies. It’s been interesting that people are now “discovering” the series some 15 years later.

JM: It’s easier to draw a line between Bodies and Line of Duty as both of those shows are my own original creation. Both of those shows I was fully empowered as the showrunner so there is much more of an authorial stamp on them. Personally, it’s very gratifying to see that people are re-discovering Bodies. It was very frustrating that it wasn’t positioned correctly by the broadcaster back then and certainly the fact that the show got cancelled for no good reason was very disappointing. 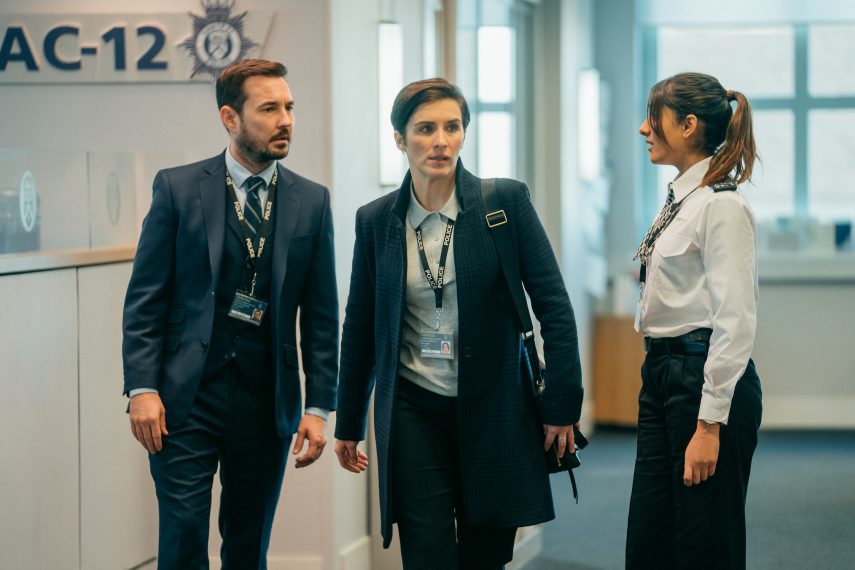 Bill: With Bodies, you were able to draw upon your early career in medicine. Getting into Line of Duty, were you able to spend time with Anti-Corruption units to better understand how they work within the police unit?

JM: That’s something that has evolved more and more over the development of the series. Initially, it was hard to find police officers who would cooperate with the production. There was a great deal of sensitivity around the subject of corruption. It meant that I had to do a lot of research by reading memoirs that people had written about that world. Once we got into season 2, because of the success of the first season police officers were more willing to cooperate and, actually, we found a couple of police officers, one serving and one retired officer who gave us a lot of help and are really important in keeping the series authentic.

Bill: With season 5 set to premiere in the U.S. and season 6, at whatever point, is on the horizon, you have to take a bit of delight in the notion that the principle actors panic just a bit when they receive the scripts wondering if they’ve been killed off … it has to be a testament to how much they believe in the series and how much they love being a part of it. The chemistry between everyone is fantastic.

Jed Mercurio: We are very fortunate to have such a great cast and, over the years, it’s not just the regular cast who have been in it for more than one season but also the people who come in and play a prominent role for just that season they’re involved in like Thandie Newton on season 4 and Lennie James in season 1.

Bill: To that point, it’s not all DI Kate Fleming (Vicky McClure), DS Steve Arnott (Martin Compston) or Superintendent Ted Hastings (Adrian Dunbar). There is an amazing ensemble cast that runs through the series along with all the guests that come in. Is that more challenging from a writing standpoint or does it give you a lot more creative freedom to have several story lines going on at the same time?

JM: We feel that the format of the series allows us to refresh the concept with every season. It builds on this idea that each season features a brand new character involved in some act or allegation of police corruption and that is a high profile figure who occupies a lot of screen time and is usually a high profile actor as well. It means that there is a freshness, a distinctiveness to that season.

Bill: That leads to one of the intriguing differences between British police procedurals and their American counterparts, which speaks to the freshness, is that the British series seem to have a history of not thinking twice in killing off a major or lead character.

JM: I think what is achieved is that it generates a genuine sense of jeopardy. I think on a thriller series where the audience understands that the regular characters are going to be in every episode and no matter what kind of jam a character gets in, he or she is going to find their way to the other side and they’re going to be in the next episode. Because that doesn’t apply in Line of Duty, it means that every time a character gets into jeopardy there is genuine unease on the part of the audience which generates a much more thrilling viewing experience.

Bill: From a process standpoint, when you take the individual episode from ‘script to screen’, is there point in time where you sit down with the principal actors to go over back story or give them an idea of what’s behind the lines that may not be in the script and that would give them a better idea as to how to approach a line or a scene?

JM: That’s something that happens quite informally because I’m on set a lot. So, when I am on set, there’s a lot of downtime with lighting changes, cameras being moved, etc. There’s a lot of opportunity to have conversations that relate to the work. Sometimes we have conversations that relate to the things happening to that episode or season and then other times it’s when we’re in the process of camera rehearsal for a scene, I may spot something and that could lead to some notes either directly to the cast or the director.

Bill: Looking at the three principal characters of Kate Fleming, Steve Arnott and Ted Hastings, all have been with the series since the beginning. How do you perceive that they have grown over time from season 1 until now?

JM: I think that all three of the characters have kind of bedded into the world of the show so they feel like they know each other really well as people. They also know the limitations and the challenges of their work. It means that we can probably push them a little harder in terms of the challenges they face dramatically.

It's possible he's bent but on this particular subject Ted Hastings is straight as an arrow https://t.co/1eC8GDOcoG

Bill: Looking back at traditional police procedurals, even as far back as Inspector Morse or more recently Lewis or Endeavour, they seem to dictate a definite hierarchy within the police unit between DCI, DI, DS, etc. It seems different when it comes to an Anti-Corruption unit. There is a hierarchy but everyone seems to be on the same page and really work together.

JM: Absolutely, It’s something where these three characters have overcome a lot of obstacles, they have all found themselves in times of stress and even despair. They looked out for each other. So, I think there is that kind of strong professional bond between them.

Bill: With season 5 available beginning today in the U.S., what do American audiences have to look forward to?

JM: Season 5 breaks fresh ground in Line of Duty by getting inside of a gang of organized criminals. What that creates is very high stakes, high intensity environment. What we’re discovering is the way in which organized crime depends on a relationship with corrupt police officers and that’s something that gets explored and that then leads to some very uncomfortable revelations and high jeopardy within the Anti-Corruption Unit as they try and break that link between corrupt officers and organized criminals.

Bill: Dare I ask if season 6 is in your head yet?

JM: No, we’ve only just begun talking about season 6. When we might be able to shoot the season and what the content might be so, unfortunately, we’re not in a position yet to make an official announcement.

Bill: It’s been a long road from The Grimley’s to Line of Duty and Bodyguard. From a writing standpoint, which do you find more challenging, comedy or drama?

JM: I would say that because I’ve written much more drama, I’ve become more practiced at it and that the challenge in comedy is much greater for a writer like me. I love comedy and I’d love an opportunity to do more at some point. The challenge is you have to make people laugh. But, my comfort zone is writing procedurals thrillers.