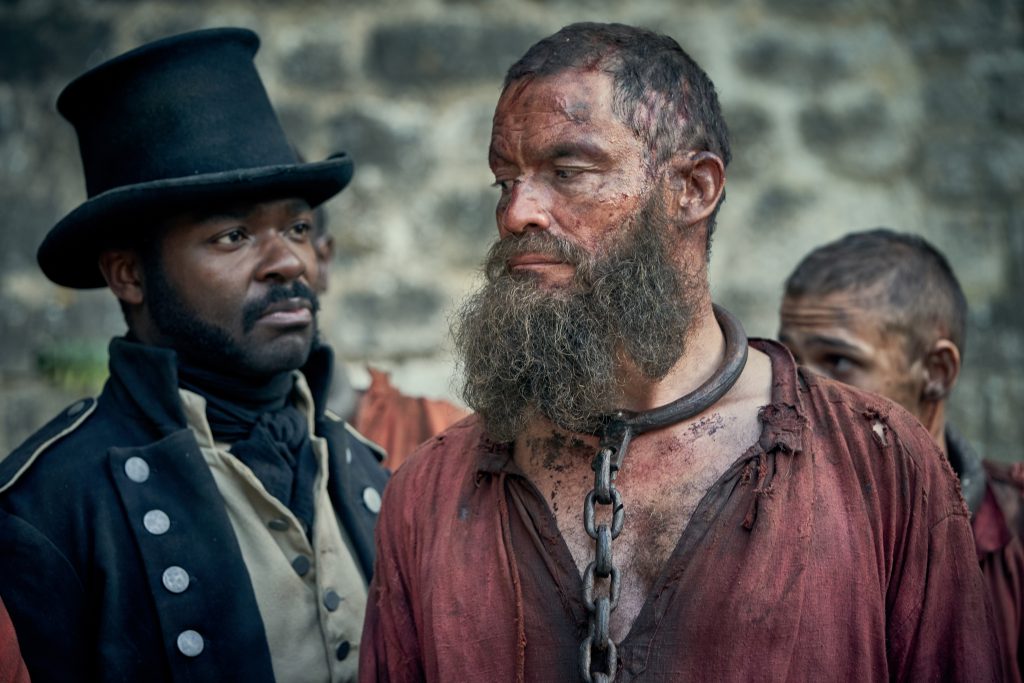 With Andrew Davies’ brilliant adaptation of Les Misérables coming to a close this Sunday on PBS’ Masterpiece series, have you ever wondered just how a series of this magnitude is made in the 21st century and at the same time seamlessly transports you back to 19th century France? Whether its the beautiful locations, the costumes or the design of the series, the critically-acclaimed television adaptation of Victor Hugo’s Les Misérables is a ‘masterpiece’. Lily Collins, David Oyelowo, Dominic West, Olivia Colman, and the rest of the cast were anything but miserable given the exotic filming locations. That said, it was a long, arduous process to find just the right ‘look’ for the series.

As Les Misérables was (and still is) an epic story of poverty, cruelty, love, revolution and redemption, principle filming took the better part of 5 months beginning in February 2018 and wrapping in June of the same year, with the majority of scenes shot on location in Belgium and Northern France. With producers finding suitable period architecture in Brussels, 19th century Paris was recreated with the help of the Belgian capital as some of the most memorable scenes in the drama filmed around the Béguinage Church. The small historic town of Sedan, in north-eastern France, also stood in for 19th century Paris where, for example, existing electrical cables were transformed into clothes lines and a kebab shop became an old clothing store.

Remembering the opening sequence of episode one, Sedan also provided Les Misérables with its rock quarry, where prisoner Jean Valjean (Dominic West) labors under the watchful eye of Inspector Javert (David Oyelowo). A majority of the additional scenes were shot at the Château de Sedan, which served as the Toulon prison or Bagne of Toulon where Valjean spends 19 long years. Filming for prison scenes also took place in a former jail in Vilvoorde, north of Brussels.

The 90-minute conclusion of Les Misérables on Masterpiece airs this Sunday at 8pCT/9pET on PBS.