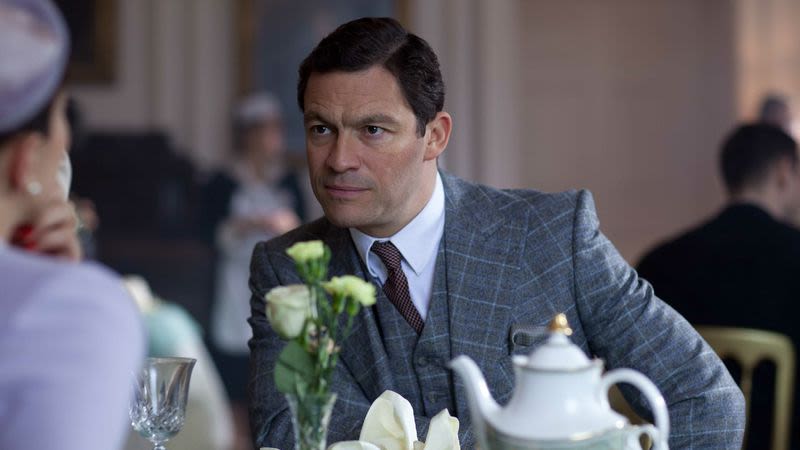 Dominic West as Hector Madden in The Hour. Photo: BBC

Prior to his brilliant effort as Jean Valjean in the BBC/PBS adaptation of Victor Hugo’s Les Misérables and after his equally brilliant role as Detective Jimmy McNulty in The Wire, Dominic West starred in The Hour, the 2011 BBC series that centered on a new current-affairs show being launched by the BBC in June 1956, at the time of the Hungarian Revolution and Suez Crisis.

West appeared as a news presenter, Hector Madden, co-presenter of the BBC’s new flagship news program, The Hour. While there was more drama than the law should allow in series one, series 2 begins in 1957 with Randall Brown (Peter Capaldi) now heading BBC News who, along with the show editor Bel Rowley (Romola Garai), is charged with handling an increasingly famous as he debates a defection to rival ITV. It didn’t help the negotiations that investigative reporter Freddie Lyons (Ben Whishaw) was lured back from France to co-present with Hector.

A testament to the brilliance of The Hour, the series was nominated for 4 Golden Globes, 4 BAFTAs and a Primetime Emmy over the course of its short-lived two series as the writing, the acting and the set design all contributed to a brilliant 50s ‘look and style’.

Now that Game of Thrones has gone the route of the dead parrot in Monty Python’s Flying Circus and has ‘ceased to be’ and PBS’ Les Misérables has concluded, I suggest you check out The Hour. It’s well worth the 12 hours.