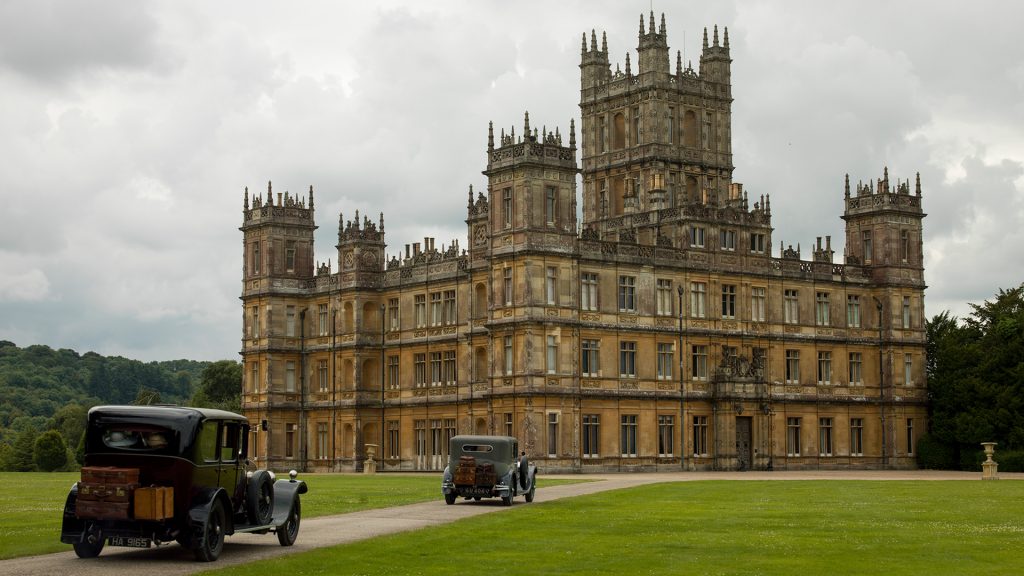 While the forthcoming Downton Abbey movie may not officially be considered the biggest feature film since Avengers: Endgame, it certainly is equally as anticipated across the land with the release in UK cinemas set for September 13th of this year and in U.S. theaters a week later on September 20th.

The long-awaited return to Downton Abbey brings together the brilliant cast of Dame Maggie Smith as the Dowager Countess, Michelle Dockery as Lady Mary, Hugh Bonneville as the Earl of Downton and Joanne Froggatt as Anna Bates.  In addition, Laura Carmichael will return as Lady Edith, Lesley Nicol as Mrs Patmore, Allen Leech as Tom Branson, and Elizabeth McGovern as Lady Cora.

As one would imagine, speculation as to the storyline has been at an all-time high since it filming began last year. What we do know at this point is that the movie will be set in 1927, which is approximately a year after from the TV series’ finale. The Great Depression is looming and the Crawley can be seen tightening their belts as their once large bevy of servants now diminishing.

The film will also bring new drama to the drama with Lady Mary considering leaving the estate forever. Fortunately, there are some comforting constants with Carson the butler (Jim Carter) coming out of retirement for the expressed purpose of trying to restore glory to Downton. One highly anticipated moment in my book will see the great Mrs Patmore defending the honor of her kitchen from a royal invasion as the movie will also revolve around a royal visit from King George V and Queen Mary.

Is that a movie I can see ? #DowntonMovie #DowntonAbbey 💕 pic.twitter.com/Ko07aiiOCA

Sadly, Lily James will not be returning as Lady Rose. James explained in an interview last year with People magazine, “My character Rose moved off to New York, so it would be far-fetched to bring her back. I would have loved to have come back for a scene, but for a movie, it can’t be like a Christmas special and it needs to be a focused storyline. There was simply no space for Rose.”

I’m guessing that while it was probably close to impossible to align the schedules of all those involved, trying to find a brief moment in time that James’ schedule would also be open would have proved to be not just just close to impossible but completely impossible. James has been consistently busy following the end of the Downton Abbey series in 2016 with a steady stream of feature film starring roles including her most recent effort in the forthcoming Richard Curtis film, Yesterday, which hits cinemas this Summer.