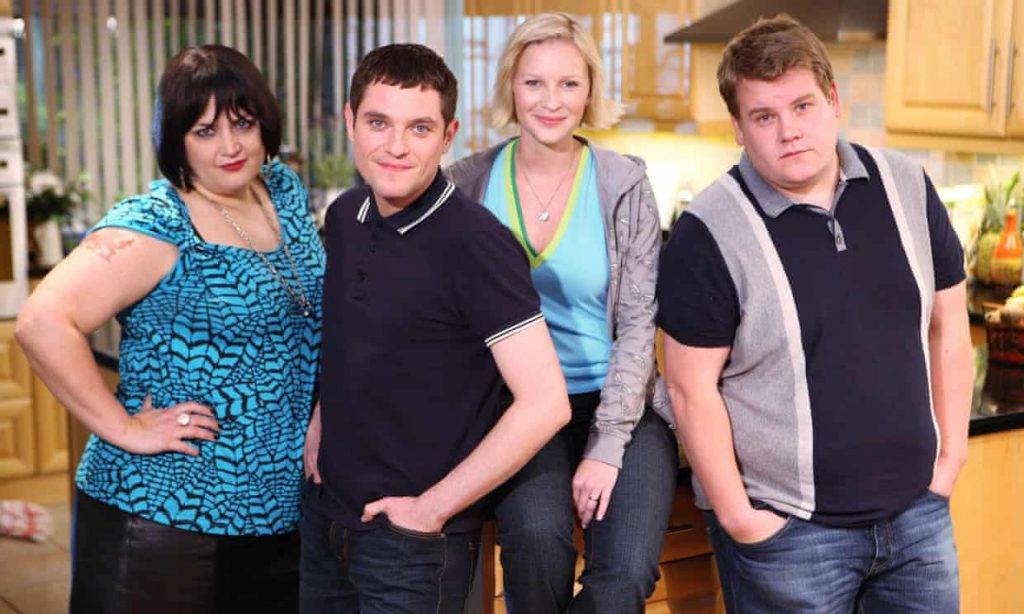 There are those times in the world of television comedy and drama that when you hear about a reunion show, a re-boot or a spin-off that you immediately question why or ask what’s the point. There are times where you can’t hide your excitement at news of this nature. One such case was the recent re-boot broadcast of both All in the Family and The Jeffersons. While I was admittedly ‘cautiously excited’, I was nonetheless excited.

I feel the same way about James Corden’s recent announcement that the critically-acclaimed and breakout audience hit British comedy series, Gavin and Stacey, will return this Christmas for a one-off special. Unbeknownst to most of Planet Earth, it turns out that original creators James Corden and Ruth Jones have been secretly plotting its return for years.

Three series of the original comedy aired on the BBC from 2007-2010 and told the story of Gavin, from Essex, and Stacey, from Barry in Wales, who fell in love and married after speaking on the phone to each other every day at work.  Corden and Jones will return to play their respective BFF’s, Smithy and Nessa as will Mathew Horne (Gavin), Joanna Page (Stacey), Larry Lamb and Alison Steadman as Gavin’s parents,  Mick and Pam, Rob Brydon as Uncle Bryn and Melanie Walters as Stacey’s mum, Gwen.

Both the BBC and ITV has long battled it out on both Christmas and Boxing Day trying to one-up the other with specials of everyone’s favorite series such as Doctor Who, Call the Midwife, Still Open All Hours and, in previous years, Downton Abbey. Corden’s announcement marks the first of what I hope are many more to come in the not-too-distant future.