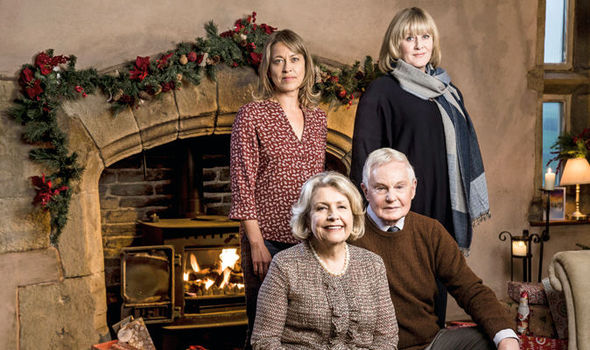 American writer, humorist, publisher and lecturer, Mark Twain, once said that “The reports of my death have been greatly exaggerated.” While he was talking about rumors of his own demise, he could have just as easily been thinking ahead about the critically-acclaimed BBC drama series, Last Tango in Halifax, which seemed to unceremoniously come to an end following its last broadcast in December 2016.

It was series star Sir Derek Jacobi who told Radio Times that there would be no more episodes given writer/creator Sally Wainwright’s hectic schedule. Thankfully, at the time, the BBC immediately responded with: “Sally is presently engaged with another BBC project, but has every intention of revisiting Last Tango when she is able to.”

The BBC has confirmed that the comedy drama series is set to return following a lengthy hiatus that has kept them off the dance floor for almost three years with a 4-part series beginning in 2020. Basing the plot of Last Tango in Halifax on the story of her mother, Dorothy, who was widowed in 2001, moved to Oxfordshire to live with her daughter and rediscovered a lost love, Alec Walker, via Friends Reunited, Wainwright tells the story of former childhood sweethearts Celia and Alan (Anne Reid and Derek Jacobi) who have reunited later in life, as well as their respective grown-up daughters – played by Nicola Walker and Sarah Lancashire.

The series has always been in the back of creator/writer Wainwright’s mind even though she has, arguably, been one of the BBC’s most prolific writers in recent years having created Scott & Bailey, Happy Valley and, most recently, Gentleman Jack (which has just been renewed for a second series), in addition to Last Tango. Now that Wainwright has found time to pen new episodes of Last Tango in Halifax, maybe she’ll find time to return to Happy Valley in the not-too-distant future. One can hope, right?