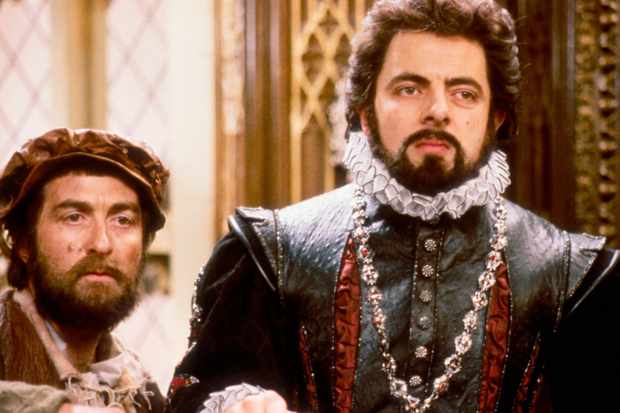 If left up to Blackadder co-creator/co-writer Richard Curtis, fans of the classic British situation comedy might just witness Edmund Blackadder telling kids to ‘get off his lawn’ in the not-too-distant future. Having recently worked his rom-com magic in bringing back both Love Actually and Four Weddings and a Funeral for a brief re-boot, Curtis is now envisioning the possibility of one last reunion of Edmund (Rowan Atkinson) and Baldrick (Tony Robinson).

Curtis, whose idea involves a live show, told the Daily Star he would love to see an older Blackadder as a university lecturer hating on young people. “The thing about Blackadder was, it was a young man’s show criticizing older people, saying how stupid those in authority were. So I did once think: ‘If we ever did anything again, it should be Blackadder as a teacher in a university, about how much we hate young people!’”

“I’m always hoping Rowan and I will do one last live show and bring on Blackadder for a 10-minute bit. Getting Rowan and Tony Robinson on stage together again would be gorgeous,”  he explained. 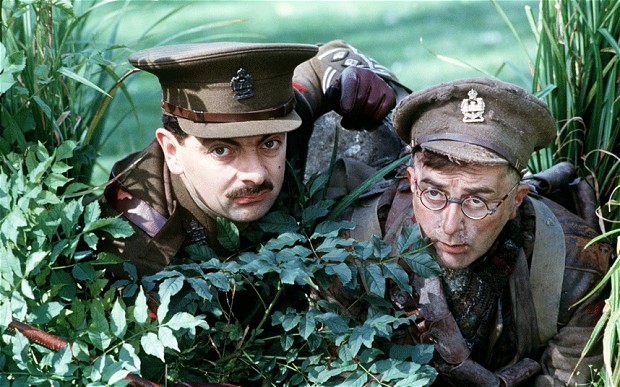 Rumors of a potential return of Blackadder have regularly surfaced since the end of the series three decades ago with both Atkinson and Robinson expressing interest over the years. Even co-writer Ben Elton has always felt the series would return someday and isn’t ready to close the book on the series voted the second-most popular British comedy series of all-time.

The most recent effort to revive the series came back in 2012 during the Prince’s Trust’s We Are Most Amused benefit show at London’s Royal Albert Hall. The sketch saw Blackadder, now Sir Edmund after buying a knighthood in the Parliamentary gift shop, as the head of the Melchett, Melchett and Darling bank, which had managed to get into £20bn of debt under his leadership.

Hauled before a select committee made up of Miranda Hart, Sanjeev Bhaskar and Helen Lederer, Blackadder was asked to atone for his bank’s part in the global economic crisis. His response? “How can I be in crisis? I own half of Kensington.” Ever the optimist, Baldrick revealed that he had a cunning plan to help Britain out of its financial mire. Blackadder said that this plot would have to be “…so brilliant that it would win a place at Oxford University – even if it had a Northern accent” and, alas, the plan came to nothing.

Edmund Blackadder as a grumpy old man hating on youngsters? I’m in, how about you?