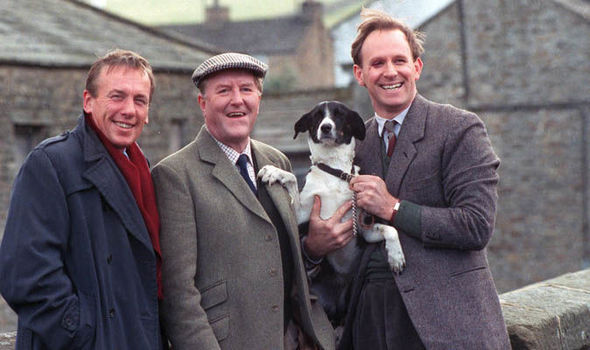 Long-time readers of Tellyspotting will remember my overall disdain, for the most part, for re-makes, re-boots or revivals of British drama or comedy series. Prequels, I’m totally in on (Endeavour, Prime Suspect) but the idea of simply remaking a classic British drama or comedy for the sake of an it’s just easier than coming up with a new idea mentality, not so much. While there have been notable exceptions, generally speaking, the original version is still the classic for a reason.

That said, this past week’s announcement by PBS’ Masterpiece series and UK’s Channel 5 that there will be a remake/reboot/revival of the mega-popular 1970s animal-centric All Creatures Great and Small was more than welcome news given those involved in the latest adaptation remember the original so fondly. “When it originally aired on public broadcasting, All Creatures Great and Small captured the hearts of millions of television viewers,” Masterpiece executive producer Rebecca Eaton said in a statement. “We promise that the new series will have all the wit, warmth, and quirky charm of the original — and of course, lots of irresistible animals.”

“Revisiting James Herriot’s beloved stories is an immense privilege and we are honored that Alf Wight’s family have entrusted us with his legacy. It is a responsibility we take very seriously,” said Colin Callender, executive producer and CEO of Playground (Wolf Hall), the UK production partner on the project. “Herriot’s glorious books remind us how to connect and belong again. The series will embrace the fun and the nostalgia of revisiting the England of the past, while celebrating Herriot’s values that, despite all our current upheaval, still underpin British life today,” continued Callender.

Voted “Yorkshire’s greatest television show of all time”, filming for the six-episode miniseries and a Christmas episode is expected to begin in 2020 in Yorkshire with no word as of yet as to who will attempt to fill the big shoes of Christopher Timothy, who starred as veterinary surgeon James Harriot in the original series. This is definitely one to keep on the books and keep an eye out for in the future.