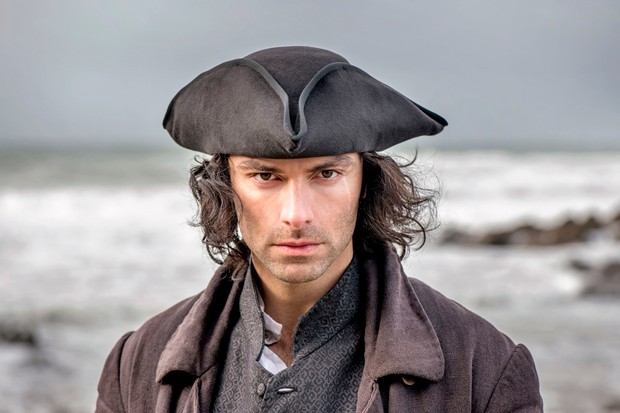 A recent BBC1 tweet sets the stage by asking, “If your country betrays you, to whom do you then owe loyalty?”

Unfortunately, the time is almost upon us to collectively come to grips with the reality that Poldark is coming to an end this Fall on PBS. While PBS viewers  in America have a bit of time to steady themselves before the fifth and final series starring Aidan Turner and Eleanor Tomlinson premieres, UK viewers have only a week to pull themselves together as episode one premieres next Sunday, 14 July at 9pm on BBC1.

Even though little has been leaked from a storyline standpoint so far, judging by the trailer there are new faces abound, Captain Ross finds himself back in the hallowed halls of Parliament and lots of drama whether it’s a dramatic fencing match or a clifftop embrace. If that isn’t enough to get your Poldark fix jump-started, there’s a shot of an aimed pistol complete with George Warleggan’s finger on the trigger and some telling bits of Poldark hair in the foreground. 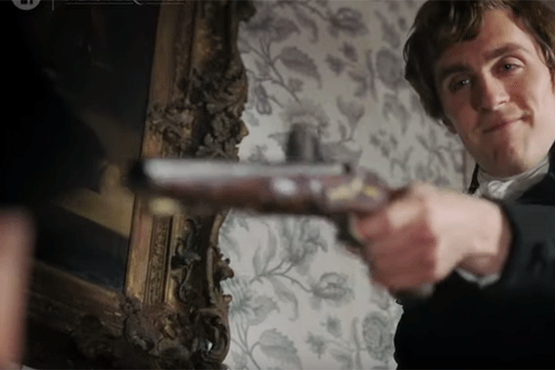 While series five is complete with more drama and tragedy than then law should allow, one thing is certain. We’ll always have a picturesque coastal Cornish backdrop, complete with its rocky cliffs and a beautiful sunset behind them.

Poldark S5 returns Sunday, 14 July at 9p on BBC One and this Fall on PBS in the United States.