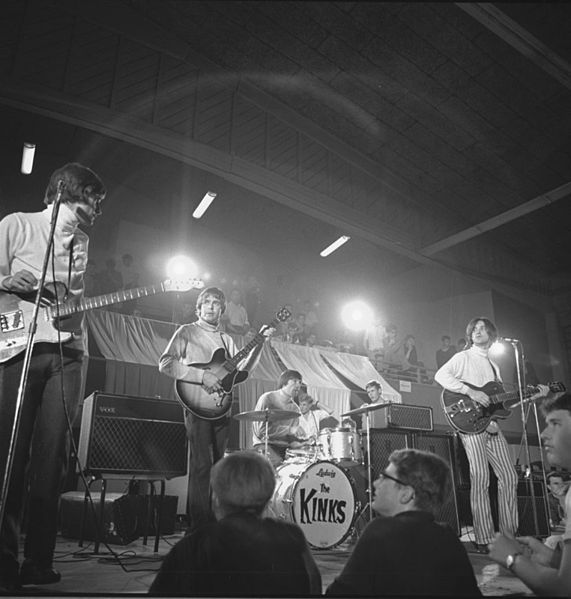 The Kinks, considered by many as one of the most influential rock bands of the 60s, are literally ‘getting the band back together’ after over two decades of being apart. Having formed in 1964, the legendary punk rock group originally split up in 1996 when tensions hit an all-time high between Ray and his brother Dave Davies.

Bandleader Ray Davies told the BBC last June that he had brokered a truce between his brother Dave Davies and bandmate Mick Avory, and that the three have been spending time in the studio and will be making a new Kinks album. As the story goes, several on-stage incidents between Davies and Avory caused the American Federation of Musicians refusing to grant a permit for the group to appear in concerts leading to a four-year touring ban during the height of the British Invasion.

Davies also said that the band would do a tour as he was inspired by the Rolling Stones, but their tour would be much more informal. “It won’t be well-organized like the Rolling Stones,” Davies said about the reunion, “but the Kinks will probably be playing the local bar.” Seems more than fitting for a band that played their first and last ever ‘concert’ at The Clissold Arms, long considered ‘the birthplace of The Kinks’ and across the street from their childhood home on Fortis Green in North London. Ray and Dave first played there in 1957 and last played there with a Kinks farewell party which doubled as a party for Dave’s 50th birthday.

Talk of a reunion may be a year-old story but it still deserves to be kept alive should it actually come about! Earlier this year, it was reported that the Davies brothers had spent a month together writing songs and along with drummer Mick Avory, the other surviving member of the original lineup, would hopefully release an album toward the end of 2019.

I don’t know about you but I’ll be checking the local vinyl shops like Spinster Records, 14 Records and Good Records on a daily basis to make sure I don’t this one!