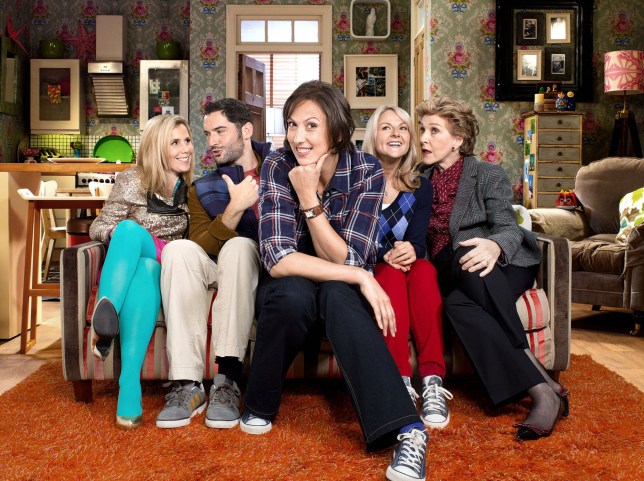 To celebrate the 10th anniversary of what has to be one of the most refreshing British situation comedies to come along in recent memory, the cast of Miranda will reunite this November for a special evening of more fun than the law allows. Careful to be clear that this is not going to be a new ‘scripted’ episode but rather interviews, clips, special guests and anything that could be categorized as ‘such fun’, Miranda Hart revealed the news AND a clarification on Twitter recently.

SUCH FUN NEWS ALERT (with extra clarity!!). Invites gone out, will let you know when RSVPs come in, sausage rolls ordered. pic.twitter.com/DEIdmfGEis

It was 9 November 2009 that Miranda launched on BBC2 with the brilliant Miranda Hart playing a fictional version of herself in the show. Joined by series regulars Sarah Hadland (Stevie), Patricia Hodge (Penny), Tom Ellis (Gary), Sally Phillips (Tilly) and James Holmes (Clive), Hart based the series on her semi-autobiographical radio comedy series, Miranda Hart’s Joke Shop, which aired on BBC Radio 2 in 2008.

One of the things that I always enjoyed about Miranda, aside from the fact that is was laugh-out-loud funny, is that it was filmed in front of live audiences which combined with the ending credits gave it that British situation comedy throwback look from the David Croft/Jeremy Lloyd era (Are You Being Served, ‘Allo ‘Allo, Dad’s Army). There was also something about Miranda breaking the fourth wall and talking directly to the audience that sucked you in (in a good way) and all of a sudden 30 minutes had passed and you were all the better for it.

I’m afraid you’re going to have to ‘bear with’ as Miranda‘s 10th anniversary celebration special will not air until November 2019 on BBC.