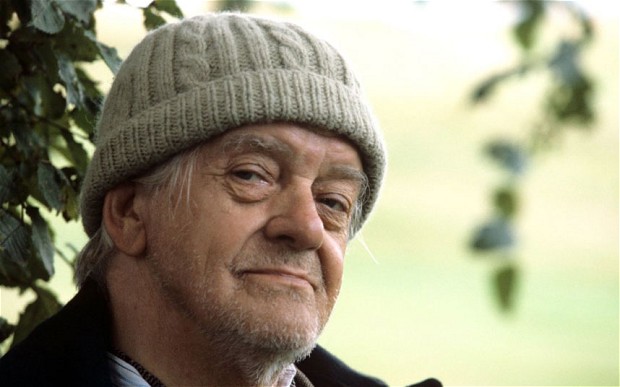 The career of Bill Owen, who passed away 20 years ago this month (12 July 1999) at the age of 85, was a prime example of how appearing in one British comedy series for almost three decades can all but eliminate an entire lifetime of greatness in the public mind.

What caused me to go down a Bill Owen “This is Your Life” rabbit-hole recently was when I finished watching a video, Romance with a Double Bass. While the pre-Fawlty Towers one-off starred John Cleese and his then wife, Connie Booth, I noticed that while it was originally based on a short story by Anton Chekov, the screenplay was adapted by, you guessed it, Bill Owen.

The father of actor Tom Owen, who actually replaced his father in Last of the Summer Wine from 2000-2010, Bill Owen’s professional career began in 1941. What most people don’t know is that his stint on LOTSW was only a part of what was a pretty amazing career spanning over five decades. Owen composed the lyrics for 75 songs, recorded by Cliff Richard and other popular singers, was once called by Gene Kelly a born dancer, wrote musical plays and appeared in others, including The Threepenny Opera, as Mack the Knife and Georgy Girl as Ted.

Aside from appearing as Inspector Lestrade in the 1951 Sherlock Holmes series and in a number of Carry On films during the 50s and 60s, Owen appeared in the 1981 television mini-series, Brideshead Revisited, starring Anthony Andrews and Jeremy Irons, during his time on Roy Clarke’s Last of the Summer Wine.

RIP, Bill Owen. Thanks for a lifetime of laughs – past, present and future.