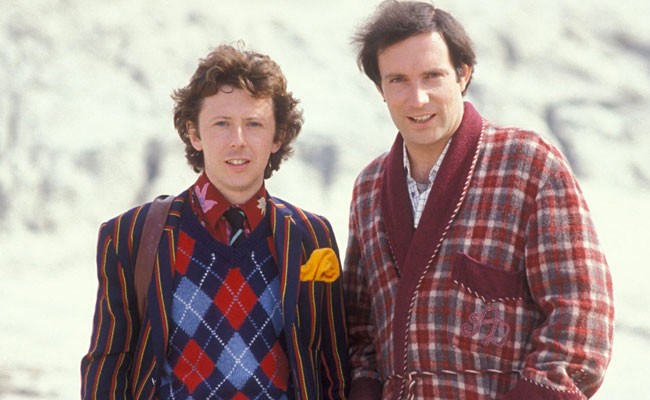 Ugh. This just in from the Department of There Are No New Ideas – Douglas Adams’ comedy sci-fi classic The Hitchhiker’s Guide to the Galaxy is headed for an American television remake. The brilliant British staple originated as a comedy radio series in 1978, became a hugely successful series of novels and, subsequently, a classic 6-part television series for BBC2 in 1981. According to Deadline, it will be developed for an American audience by Carlton Cuse (Lost, Tom Clancy’s Jack Ryan, Bates Motel, Locke & Key) and feature writer Jason Fuchs (Wonder Woman, Ice Age: Continental Drift) for streaming service, Hulu.

While there is no doubting the talents of both individuals involved with the project, it’s just hard for me to fathom how you improve upon perfection. While a star-studded 2005 feature film tried its best by throwing the kitchen sink of British and American acting into the storyline with Martin Freeman, Sam Rockwell, Mos Def, Zooey Deschanel, Bill Nighy, John Malkovich, Stephen Fry and Alan Rickman, it still wasn’t up to the original television adaptation which starred Simon Jones as Arthur Dent, David Dixon and Ford Prefect, Mark Wing-Davey as the two-headed Zaphod Beeblebrox and Sandra Dickinson as fellow human Trillian.

On the upside, both Carlton Cuse and Jason Fuchs are fans of the original series which , as we know, can be a great starting point for success if you consider the fact that both Steven Moffat and Mark Gatiss were massive Sir Arthur Conan Doyle fans when they set out to tackle the concept of a 21st Century Sherlock Holmes. I think that worked out pretty well for both them and us regarding Sherlock, but what about H2G2?

At this point, I’m going to adopt a very ‘Hitchhikers’s Guide’ attitude and keep telling myself, Don’t Panic! just yet. You?